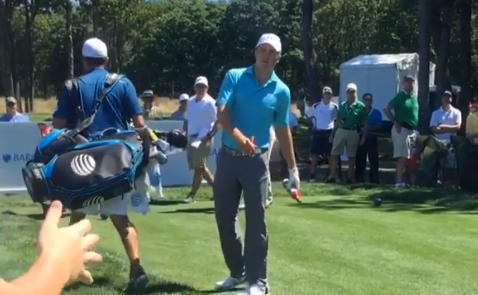 Typically players autograph hats, gloves, and balls during practice rounds and Pro-Ams, but there’s nothing typical about signing a Budwesier bottle like Jordan Spieth did mid-round at The Barclays.

Jordan Spieth signing a bottle of Budweiser. #TFM Send your photos and videos to Instagram@totalfratmove.com

Spieth is definitely the most buttoned up of the #sb2k16 group but this was an awesome move, especially to happen while playing in the 2nd round of a FedEx Cup playoff.

The scene happened as Spieth was making his way to the 12th tee box. A fan motioned to him to sign his beer, and in the video you can hear Spieth holler back “Toss ’em.”