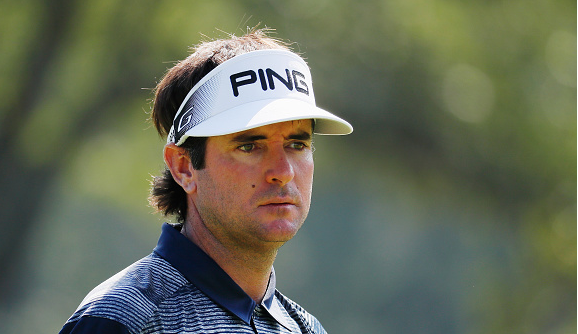 Bubba Watson shot a final round 66 at The Barclays to finish in a tie for 13th. Despite the strong finish, Watson did not qualify for the Ryder Cup, and will now have to hope that he’s one of Davis Love III’s Captain’s Picks.

Watson answered questions the media about his chances for a Ryder Cup spot, and where he thinks he stands.

PRESS: The Ryder Cup, how much is that at the forefront of your mind?

BUBBA WATSON: I can’t control it. Obviously I didn’t make enough to jump up in front of anybody. Patrick Reed is going to jump up. So right now, Zach’s the one that’s on the bubble.

PRESS: Do you look at the next two events as sort of an audition for Mr. Love?

WATSON: Yes, I think that’s what it is, but I don’t think it’s the next two events. He’s got to have ideas, right. We were looking at it today, we were at breakfast today, me and some guys, and right now if you look at it, if it just ended right now, how this tournament ends, Rickie wins and Patrick comes in second, I’m guessing he’s still first and second, I don’t know if they teed off yet. But if that happens, I think Zach bumps out, right.

So then you’ve got to pick Zach, right. He’s played so well over the last couple years. As of right now, I’m sixth in the world.

I don’t think — it’s going to be hard for me to fall all the way outside the Top-10 but I could do it. I’m still pretty highly ranked. But that doesn’t pick me because the eight spots are the ones that are guaranteed.

PRESS: You’ve made five times and never got a captain’s pick. What is the feeling, a little uncomfortable?

WATSON: No, not uncomfortable at all. You know, it’s one of those things where if you don’t play good enough, you can’t get mad at it. I can’t get mad at anything. I tried to make the team just like everybody else and I didn’t make it.

PRESS: Would you pick yourself?

WATSON: Well, if I was captain, yeah, I’d be a playing captain, for sure. Be the first one to do it if nobody does it between now and if I’m ever captain.

PRESS: Do you need any extra edge; does a big course like Hazeltine give you a little extra push?

WATSON: Well, I missed the cut by one last time I played Hazeltine. So obviously it wasn’t high on my list at that time.

PRESS: From your experience in Ryder Cups, when it works best in pairings, is it more games that are similar or opposite or is it more temperaments, friendship?

WATSON: I have no idea, because I’ve never won a Ryder Cup. So obviously whatever I say is not going to be good enough. I don’t know that. I mean, if you’re making putts; but every Ryder Cup that I’ve been on, it looks like The European Team has made every putt they looked at. And so I don’t care who I’m paired with, as long as they are making putts, we’re good.