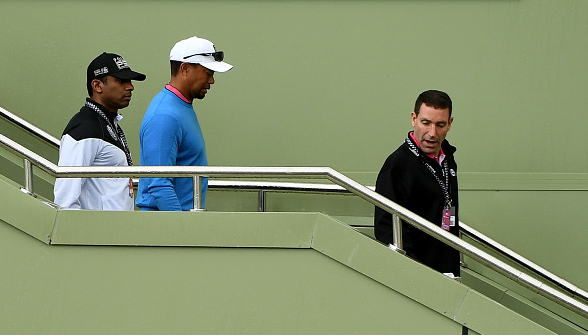 Tiger Woods’ recent DUI arrest has nearly daily unveiled more layers and exposed a harsh reality about the prevalence and dangers of painkiller abuse in the U.S.

Making his first public comments in close to a month, Tiger revealed via twitter that he is now receiving professional help for his painkiller management.

The 14-time major winner has been dealing with back pain for years, pain which has led to him making just a small handful of starts on the PGA Tour over the past 24 months.

Between pain management and a sleeping disorder, Tiger has found it difficult to properly management the copious medications he has been prescribed.

“I’m currently receiving professional help to manage my medications and the ways that I deal with back pain and a sleeping disorder. I want to thank everyone for the amazing outpouring of support and understanding especially the fans and players on tour.”
–Tiger Woods