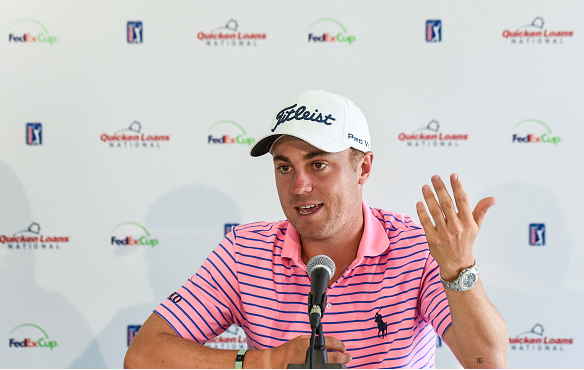 Justin Thomas, one of the brightest young stars on the PGA Tour, has had to get used to extra attention this year. With three 2017 victories, a round of 59, and a recent record-tying round of 63 at the U.S. Open, Thomas’ success has put him squarely in the spotlight.

At a Wednesday press conference for this week’s Quicken Loans National, Thomas was asked about championship rounds of 63, which immediately made Thomas think of Johnny Miller, a man he has been compared to a lot lately after Thomas tied Miller’s major championship low-round record.

One of the more jovial figures on Tour, Thomas said “I haven’t looked at who did it. I know Johnny Miller has because he reminds us of that quite a bit”.