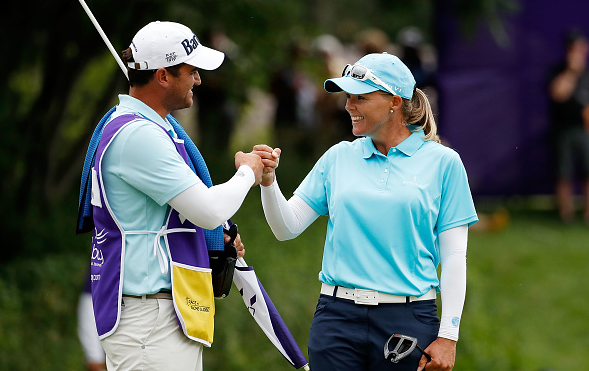 Katherine Kirk shot a final-round 2-under 70 and held on to capture her third career LPGA victory at the inaugural Thornberry Creek LPGA Classic.

Kirk, the 54-hole leader, drained a clutch birdie putt on the final hole to finish at 22-under par, one stroke ahead of playing partner Ashleigh Buhai (67), who also birdied 18 to get to 21-under.

Sei Young Kim posted a 9-under 63 and finished just two back at 20-under. Pornanong Phatlum fired the round of the day, a 10-under 62 and rocketed 19 spots up the leaderboard to finish alone in fourth at 19-under.

American Cristie Kerr rode a 6-under 66 to finish at 18-under-par, while securing her fifth top 5 of the 2017 season.

With the win, the Aussie Kirk earns $300,000 and 500 Race to CME Globe points. The former Pepperdine star becomes the 17th different winner on Tour this season.

RT to congratulate @Katherine_Kirk1 on her first win on the @LPGA Tour since 2010 pic.twitter.com/EJgA2QNOEU