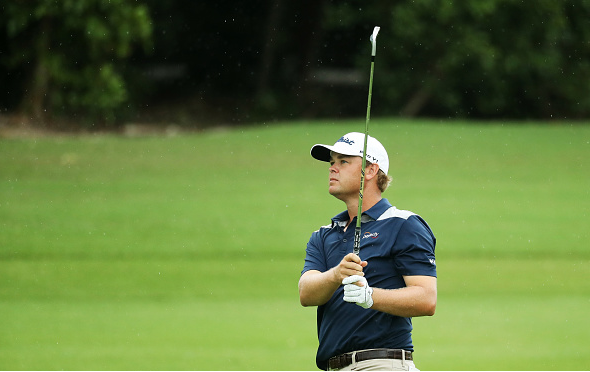 Update: Patton Kizzire posted a 5-under 66 on Sunday morning, and leads the weather-delayed OHL Classic after three stop-and-start rounds of play.

Kizzire carded seven birdies against two bogeys en route to a three-round total of 15 under.

One back at 14 under is Rickie Fowler, who posted a 4-under 67, highlighted by a string of four birdies on the front nine.

Update: After play resumed, Rodgers dropped a shot while Fowler stayed even to land both players alongside Kizzire at 10 under, T1.

Patrick Rodgers had just dropped his fourth straight birdie on the 15th to move into the lead of the OHL Classic before play was suspended by darkness.

Rodgers will resume his second round on Saturday morning holding on to a one shot lead over clubhouse leader Patton Kizzire, who posted a 2-under 70 and sits at 10 under through 36 holes. 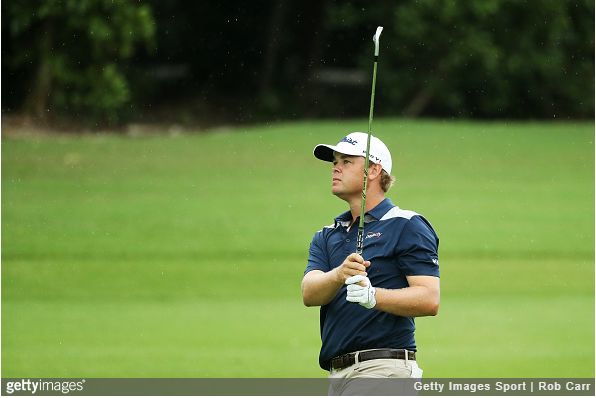 Tournament headliner Rickie Fowler was tied with Kizzire at 10 under, and like Rodgers, the 28-year old still has three holes to complete his second round.

Brian Gay and Brandon Harkins are one back at 9 under, while Martin Piller was 8 under with nine holes to play.

“Yeah, I’m in a good spot. Today was tough. I had a few hiccups out there, but with the wind and the rain and with the wind and rain together, it was tough. And the stop and start was tough. But I hung in there, made a few birdies there towards the end of my round and then survived that really tough rain that we had there at the end.”
–Patton Kizzire, Clubhouse Leader