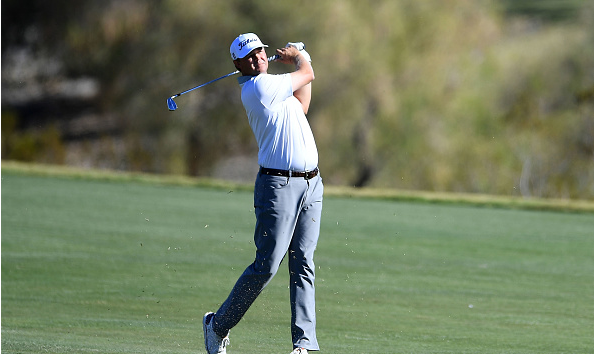 Patton Kizzire fired a 9-under 62 in the opening round of the OHL Classic, and holds an early three-shot lead in Playa del Carmen, Mexico. 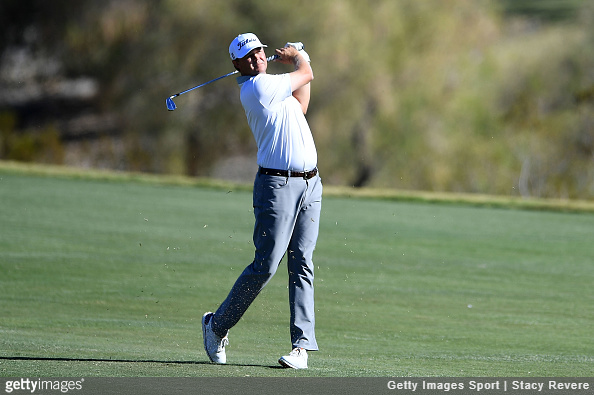 “The strength of my game is putting and I gave myself a lot of opportunities. Had some really short birdie putts and then rolled in a few good ones. I just kept giving myself good looks at it,” said Kizzire, who finished T4 last week at the Shriners.

Vaughn Taylor birdied the final hole on Thursday to sign for a bogey-free 7-under 64, good for solo second.

Tournament headliner Rickie Fowler didn’t disappoint the Mayakoba Resort golf fans, as the World No. 10 posted a tidy 6-under 65, and is just three back at T3.

Tied with Fowler is little-known Brandon Harkins, who closed with four birdies over his final six holes, to get to 65. The California native has been impressive to start his rookie season, finishing T9 at the season-opening Safeway, and T20 last week in Vegas.

Retief Goosen and Fabian Gomez got in the clubhouse early with 5-under 66s. Four players in the afternoon wave matched the veteran duo, including Xin-jun Zhang, Austin Cook, Martin Piller, and Keith Mitchell, who started his day with an ace on the par-3 10th, hitting a 6-iron to 214 yards.

The Top 10 and ties after the opening round of the OHL Classic at Mayakoba.

Round one highlights of the 2017 OHL Classic at Mayakoba, presented by the PGA Tour.

“I find that zone more at home than I do out here on the Tour, so I just tried to imagine being back home at my own course, Ocean Forest or Sea Island, and just playing with my buddies and trying to make as many birdies as I could.”
–Patton Kizzire

The leaderboard after round one at El Camaleon Golf Club.