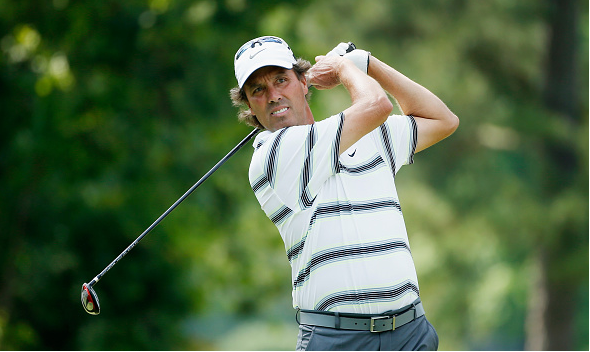 Stephen Ames fired a 6-under 66 on Sunday to win the Mitsubishi Electric Classic by four-strokes over Bernhard Langer. It was the first win on the senior circuit for the 52-year-old Canadian.

Ames entered the final round at TPC Sugarloaf holding on to a one-stroke lead, but after birdies on 1 and 3, Ames pulled away from the field.

After Ames dropped two more birdies on 6 and 7, he was never really threatened, and cruised to a bogey-free 2-under over his final 11 holes.

Runner-up Langer had the day’s best round, a 7-under 65 to move from T21 to sole-2nd. The trio of Fred Funk, David Frost, and Brandt Jobe all finished at 10-under to tie for 3rd place.

For his maiden win on the Champions tour, Ames earned $270,000 and moved into the top-5 on the Charles Schwab Cup Money List.

The Thrill of Victory