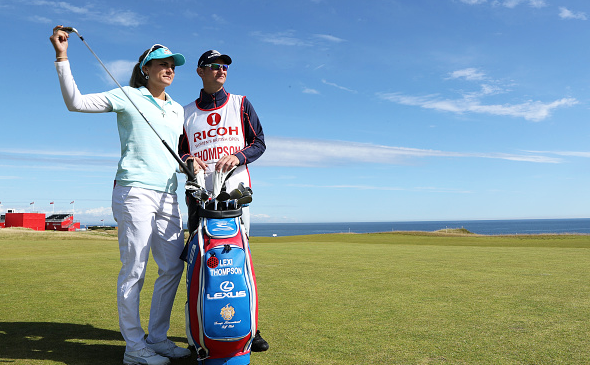 Following another tough week for Ariya Jutanugarn (T44) at the Ladies Scottish Open, a red hot Lexi Thompson has vaulted into the No. 2 spot on the Rolex Women’s World Golf Rankings.

It marks the highest ranking for the 22-year-old American superstar. 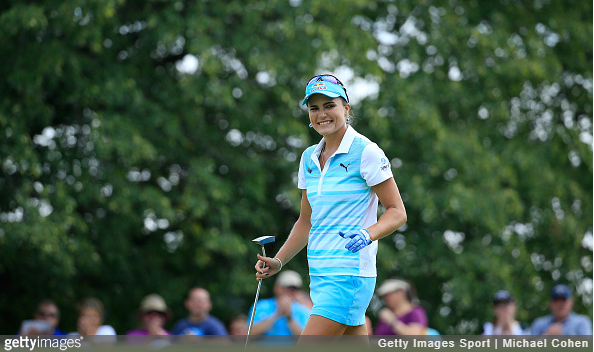 For Thompson, though, it’s not that big of a deal.

“I actually don’t follow rankings at all. My dad actually told me because he watches that a little bit more,” said a smiling Thompson, who is only 1.19 points behind No. 1 So Yeon Ryu. “You know, it’s not really something I focus on. I just go out, tee it up, and try to do my best any time I play in a tournament, and wherever my ranking goes, it goes.”

Thompson, who opted out of last week’s Scottish Open at Dundonald Links, will be teeing it up this week at Kingsbarns in the Ricoh Women’s British Open, and seeking her second major championship.

Despite passing on the chance to prep her game on a links course, Thompson does have a weapon that should help her navigate the many challenges of Kingsbarns.

Thompson’s weapon? Her caddie, Kevin McAlpine, is a former looper at Kingsbarns, and knows all the ins and outs of the venerable links layout. 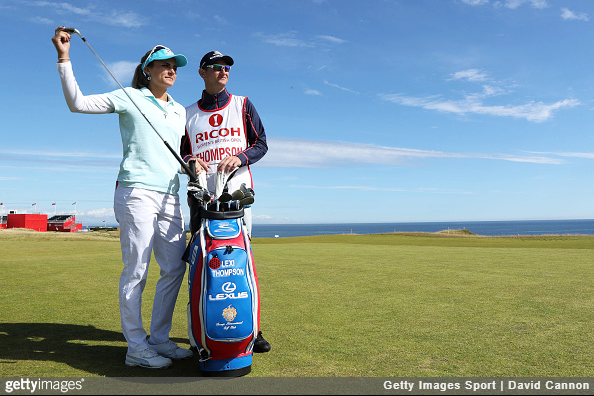 “Stepping foot out here the first time on Monday, I was like, I have no idea. I mean, there could be a bunker over that hill, I don’t know,” said Thompson, who started working with McAlpine earlier this season. “So he was just telling me every line and what every green does hitting the shots into them, so it’s been a huge help. He knows the greens very well.”

For the season, Thompson has a win (Kingsmill Championship) along with eight top 10s – five of those being runner-up finishes. The young Floridian is also ranked No. 1 in the Race to CME Globe.