Luke List posted his second-consecutive 66 at PGA National and will head into Sunday’s final round of the Honda Classic with a one-shot lead over Justin Thomas and Webb Simpson. 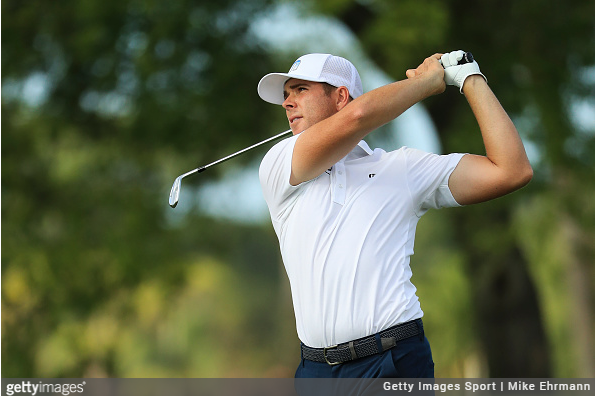 The 33-year old List, who also held a share of the overnight lead, finished his third day in Palm Beach Gardens with one bogey against five birdies, including a final gain on the 18th to reach 7-under par.

List will be paired in Sunday’s final twosome with Thomas, the reigning PGA Champion, and tournament favorite.

“I’ll be nervous and there will be a lot of pressure, but you know, that’s part of why we do it out here. So I’m excited to challenge,” said List.

Thomas, who posted his fist over-par round in 14 tries on Friday, bounced back on Saturday and fired a low-round 65, highlighted by three late birdies on Nos. 14, 15 and 17.

“Yesterday it was set up brutal. I really played well yesterday. I didn’t really get it close enough to the hole to make any birdies and when I did, I didn’t make the putts,” said Thomas.

“But today I just kind of stuck with the same game plan. I drove it better today, which was nice. I just hit some really quality shots.”

Thomas sits T2 at 6-under par, alongside Simpson, who posted a bogey-free 66. 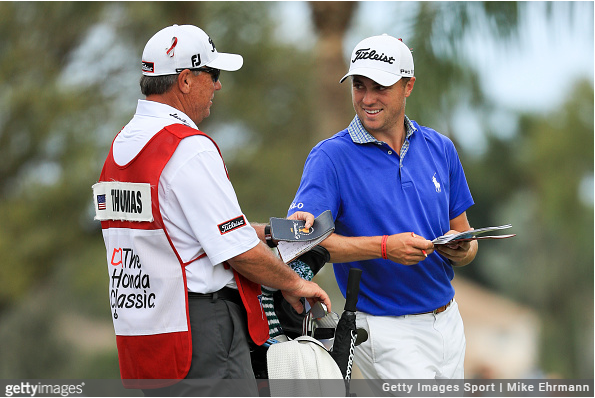 Through 14 holes, Jamie Lovemark was cruising along bogey-free, while holding a share of the lead at 7 under. But after a double-bogey 5 on the par-3 15th, Lovemark dropped two shots and four positions to finish T5 at 5-under par, alongside Tommy Fleetwood.

“Yeah, just like that. Just one bad swing, really. It’s going to happen to the best of us,” said Lovemark, describing his lone blemish.

“Just moving on. Played easier than at last couple days, a little less wind but still a good test.”

The Englishman Fleetwood had one of the wilder rounds on Saturday, offsetting a pair of 6s (bogey-double bogey) with two birdies and two eagles, one of which was the hole-out kind.

“I don’t think I’ve ever — well, I might have done that before, but great finish. After 13, made a mess of the hole and you don’t have easy holes coming in, so you have to regroup and get what you can,” commented Fleetwood.

“As good as a couple of — two make eagles, great, and some great up-and-downs, as well. Just that finish, toughest part of the course, finished strong, so really happy.”

First-round co-leader Alex Noren matched Thomas’ low-round 65 to move to solo sixth at 4 under par, and just three back of the leader.

“I tried to play a little more conservatively. Tried to hit the greens, if I made birdie, that’s great, but tried to make pars and get on the green because chipping out here is very fast, tough bermuda,” said Noren, describing his strategy on Saturday.

“But I hit as many greens as I could. Probably a little bit easier that way.”

Tiger Woods shot a 69 on Saturday and was T11 at even-par.

“I feel like I’m out here for a few years now and I know what to expect. I’m really trying to just not be hard on myself. I’ve always had the talent to compete out here. I’ve just not gotten the results and trying to be patient as much as I can.”
-Luke List