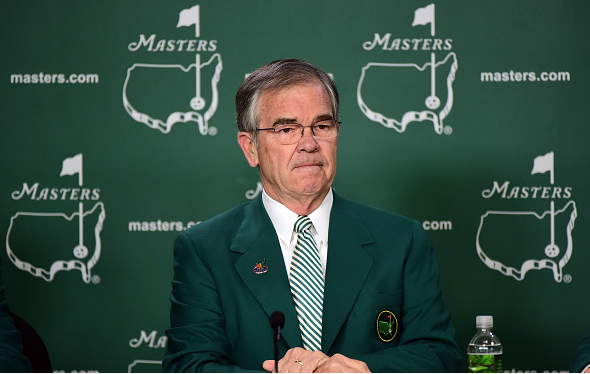 Payne, who took over the chairman role in 2006 – following Hootie Johnson’s retirement, oversaw 11 Masters tournaments, and several prominent changes to the club, most notably the inclusion of women members. He will be replaced by Fred Ridley, a former United States Golf Association president. 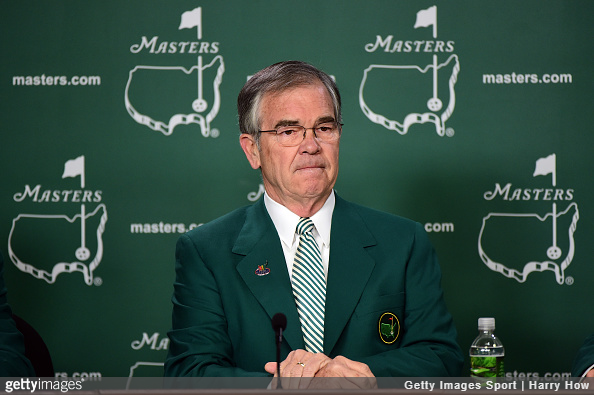 “The privilege I experienced serving as Chairman of Augusta National and the Masters was far greater than I could have ever imagined. Just as nothing can prepare you for the unique responsibilities and important decisions that come with this position, it is equally impossible to anticipate the many joys and, most importantly, the wonderful friendships that are the ultimate reward of service. This honor, however, is too great for one person to claim as their own for too long a period of time.

“I retire knowing it is simply the right thing to do — and at the right moment — to open the door and invite someone new to be called upon to lead, bring forth new ideas and craft a new vision that will honor our Founders and serve the game of golf for many years to come.

“I am now proud to call upon my good friend Fred Ridley to lead Augusta National and the Masters to a future that I am confident will hold new promise, while always being faithful to the principles of Bobby Jones and Clifford Roberts. Fred will be an excellent Chairman who will serve with my complete and enthusiastic support.”

Payne’s retirement will be effective on October 16, 2017 – the beginning of a new season. According the club, Payne will assume the title of chairman emeritus.

Six-time Masters champion Jack Nickalus posted a photo of Augusta National’s past two chairman, Johnson (left) and Payne (right), along with Arnold Palmer. In the statement (below), Nicklaus called Payne a “strong leader” and “innovative thinker” who, as a club member, will continue to provide counsel and guidance.

Although I say this with mixed emotions, I am really very happy for Billy Payne and Augusta National Golf Club. Read full comments on Billy Payne's retirement as Chairman at the link in bio or on My Story.

“I have been blessed—or perhaps it is just a reflection of getting old—that I have known every Chairman in the history of Augusta National, and as a past Masters champion and proud member of the Club, I can say we were delighted to have had Billy as Chairman for these 11 years. Although sad that he’s stepping down, we understand that Billy has a lot of good years ahead of him, as he continues to be a member of the Club and source of counsel and guidance.

“I am confident he will serve the Club and the game of golf in the same manner that he has in the past. Billy has always thought about what is best for the game of golf, beyond the walls of Augusta National, but at the same time, never forsaking what is best for the Club and the membership. His rationale for leaving Augusta National at this time is again putting the Club before himself.

“Billy Payne has certainly established a legacy for himself at Augusta National, and I think the selection of Fred Ridley as the next Chairman will only serve to maintain, if not enhance, the work Billy has accomplished.

“Fred has been a trusted friend of mine for a long time, and is someone who has grown up in the game of golf. Our lives and careers have intersected on a number of occasions—whether it was the fact we both shared the same teacher in Jack Grout, or that Fred won the U.S. Amateur in 1975 at the same place, the Country Club of Virginia, where I played my first U.S. Amateur, 20 years earlier. Fred has been a good friend and wonderful counsel for me, especially as a member of the Memorial Tournament’s Captains Club. His help has been vital to the growth of the Memorial. I have been fortunate to witness the way Fred has served as a leadership figure within the Captains Club, and I know that with his progressive thinking and love for the game, he will handle his leadership role as Chairman of Augusta National with style and class.

“Augusta National benefited from Billy Payne for a long time, but we are very lucky to have Fred Ridley as the new Chairman of this great Club and tournament. Fred is a good man, and I’m sure everybody will welcome him as the new Chairman.”