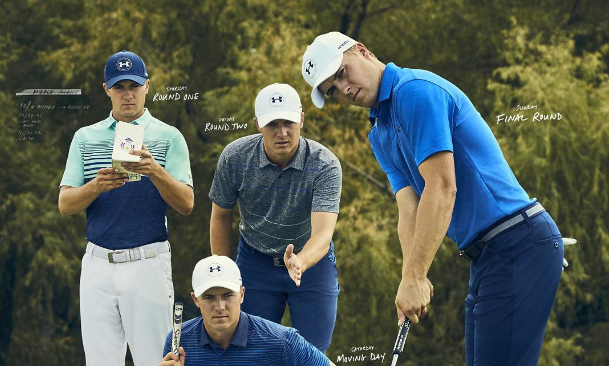 Jordan Spieth will be wearing a blue-tone script for The Masters this year, according to an Instagram post by his apparel sponsor, Under Armour.

The 2015 Masters champ will contrast his darker toned shirts with white pants on Thursday and Saturday, while going with more of a solid look on Friday and Sunday.

And finally, the 23-year-old superstar will tee off on Thursday with a blue UA hat, and then wear the white one for the final three rounds. 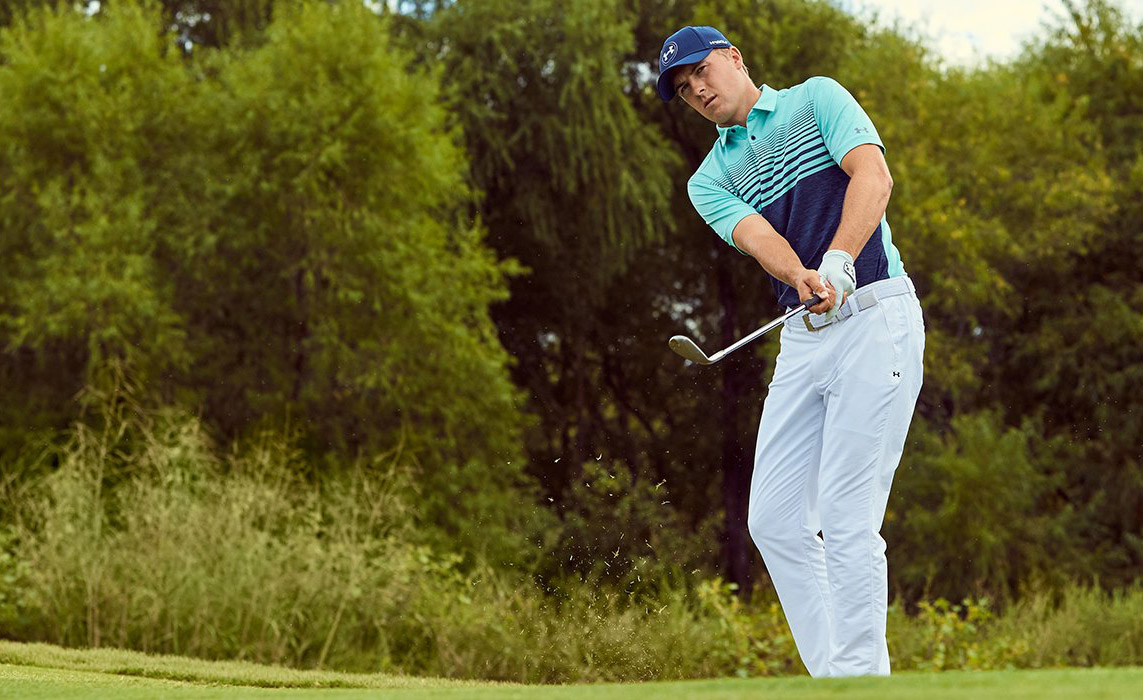 In round one players are trying to stand out from the crowd and get in a good position to make Friday’s cut. Jordan wears what many think is the best looking outfit of the four, and so he should most definitely stand out from (and for) the crowd at Augusta National. 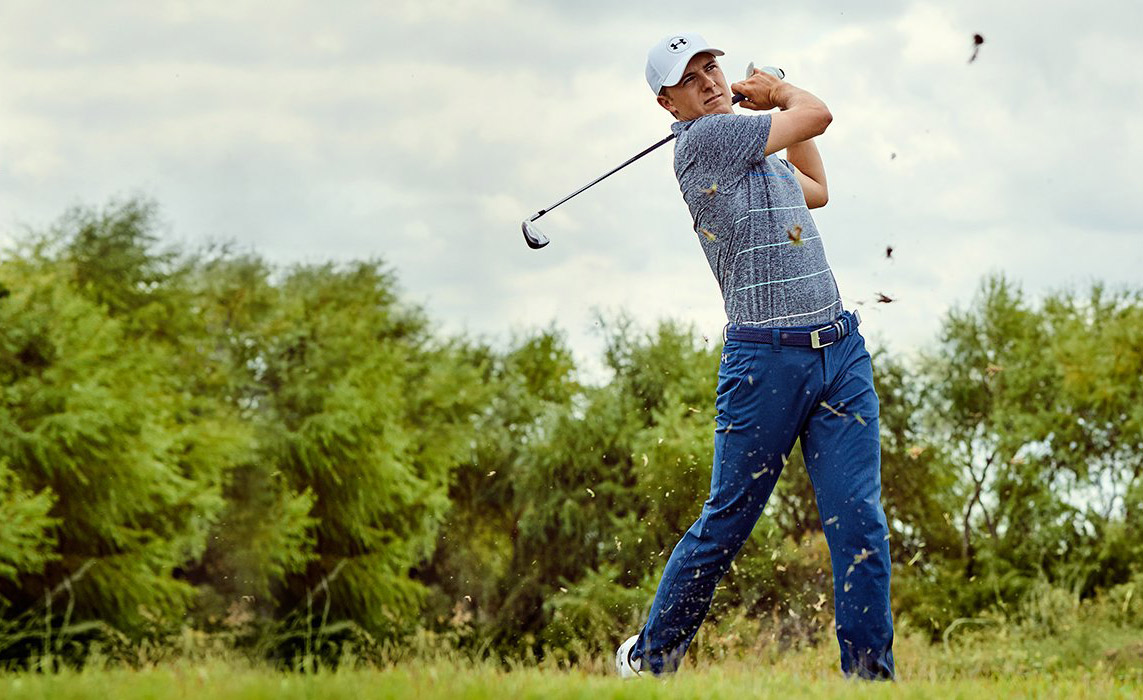 You can’t win a championship playing your best golf in round two. But you can lose a tournament playing your worst. Jordan goes with an understated, conservative look that says all business. 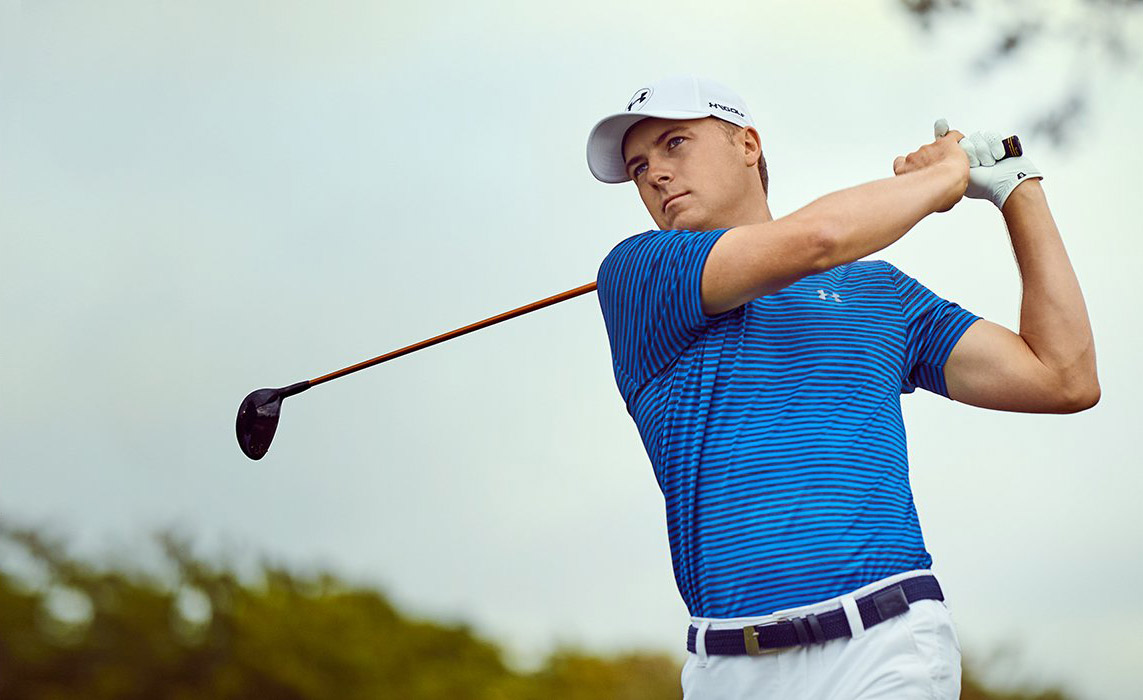 Round three is called moving day, as players need to make a charge up the leaderboard in order to have a decent chance to compete on Sunday. Jordan wears what we think is the second best look of the four and will at least be moving up the fairways in style. 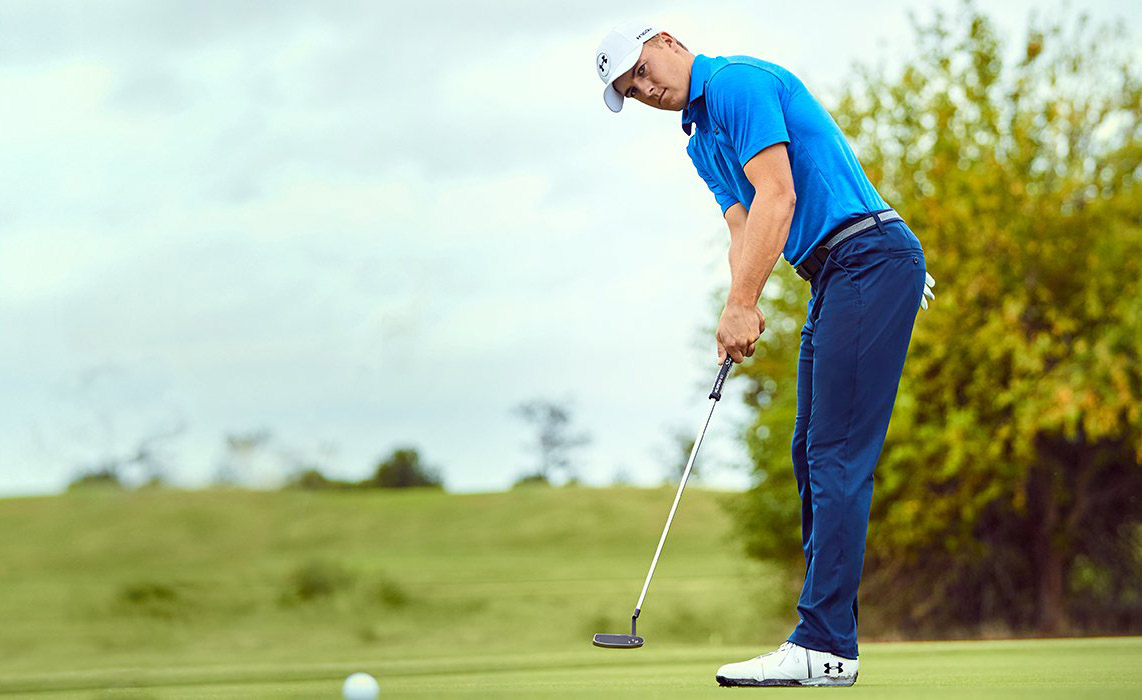 For Sunday, a contender needs to be steady and solid. And Jordan opts for Sunday solids with this outfit – which he hopes keeps him steady in the final round at Augusta, especially around something called Amen Corner.