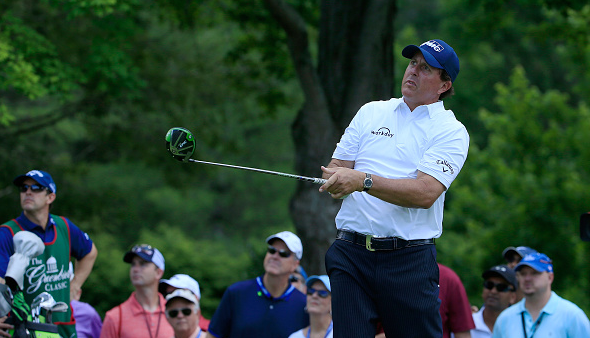 The biggest storyline heading into The Greenbrier Classic was the inclusion of Phil Mickelson, who shocked the golf world last month when he abruptly parted ways with Jim ‘Bones’ MacKay, his caddy of 25 years.

While no permanent replacement has been named for the five-time major winner, Phil’s brother, Tim Mickelson, will be on his bag for the remainder of the season.

Their performance at The Greenbrier proved one thing: more time is needed to accurately judge the move. A final round, Sunday-low 6-under 64 propelled him to T20 and had Phil leaving on a high note.

However, he was largely irrelevant over the first three rounds, shooting 67-72-71 to sit at T61 after 54 holes. It was the first time Mickelson has made the cut in four tries at The Greenbrier.