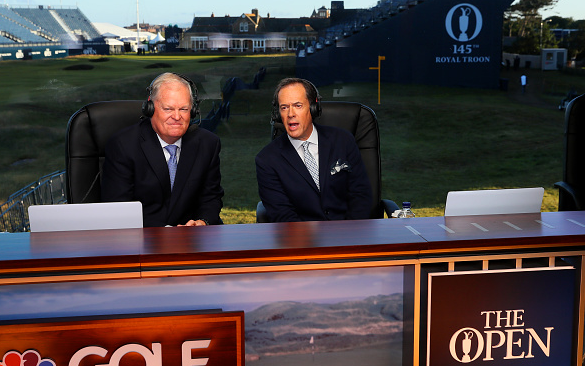 Johnny Miller is one of the most polarizing figures in sports broadcasting. To many, he is revered for being a straight shooter who is unafraid to express his opinions, even when they are not popular. To many others, his perceived arrogance and stubbornness is some combination of irritating an exhausting.

Regardless of where any specific individual falls on the Miller fan spectrum, NBC, the company that employs his services, believes that he equals better ratings.

The media giant announced on Monday that they have reached a contract extension with the longtime analyst, one that will keep him as the front man for their golf coverage through the end of next year.

“I’m having a little bit of a battle of what my priorities are. I have a lot of things to pass on to my grandkids, whether it’s fishing or being a grandpa. On the other hand, my brain is still working pretty good. All these years of announcing, I feel like I haven’t slipped any. And NBC seems to like having me.”
–Johnny Miller

Yes. Amid a Pandemic, Golf Fans Must Pay to Watch (Much of) the PGA Championship