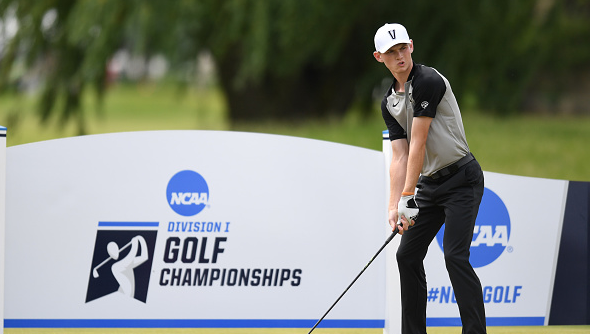 In what has become something of an odd regular occurrence, the No. 1 seed in the NCAA Men’s Golf Championship will not be playing in the finals.

This year’s top seed, Vanderbilt, was eliminated in by Oregon in match play by a score of 3-2. The upset sets up a championship finale between Oregon and Oklahoma.

“That’s athletics. That’s why we do it. You come here and know that only one team is leaving with the trophy, and everybody else is leaving like we are right now. I don’t know if everybody hurts like we do, though, because we had a really good team.”
–Scott Limbaugh, Vanderbilt Head Coach