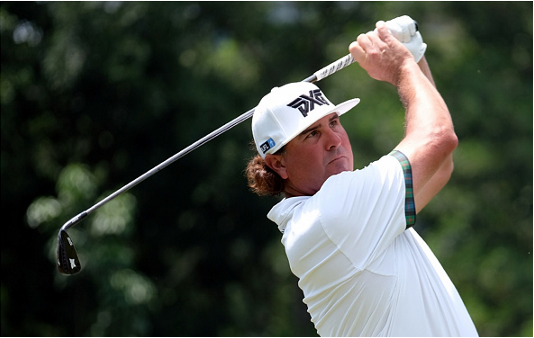 Pat Perez posted a third-round 8-under par 64 on Saturday, and extended his lead at the CIMB Classic to four strokes through 54 holes. 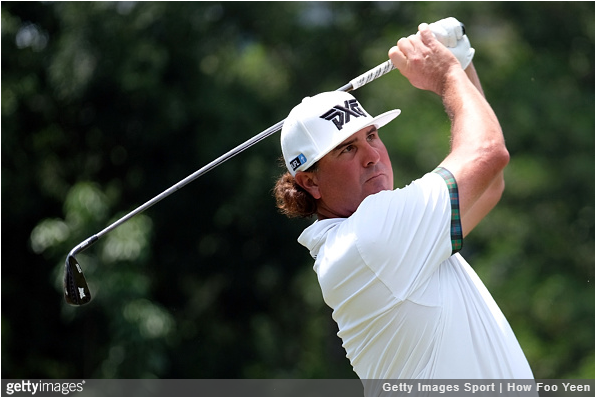 The 41-year old Arizona native entered the day one up on the field, but a sizzling closing nine, which included six birdies, got him to 21-under for the tournament and four clear of Xander Schauffele.

Despite a healthy lead, Perez says he has no intention to play conservative in Sunday’s final round.

“These guys are good out here. They go after pins and they make putts. They’re really good. You give them a shorter course with some long hitters, they’re going to have a lot of good looks,” said Perez. “So there will be no laying up for me tomorrow. I’ve got to try and come out early and I won’t take my foot off the gas tomorrow, that’s for sure.”

Schauffele, the Tour’s rookie of the year, is alone in second at 17 under following another impressive round of 5-under 67, highlighted by an eagle on No. 10.

Hideki Matsuyama’s 9-under 63 – the low round of the day, moved the Japanese superstar up the leaderboard to T4. He is tied with Keegan Bradley, who posted another 7-under 65 at TPC Kuala Lumpur.

Defending champion Justin Thomas shot his best round of the tournament, a 3-under 69, but at 6 under, he’s 15 shots back and effectively eliminated.

“You know, there was a lot things last year that factored into I think my play. I switched to PXG clubs, which I really love. It’s the best clubs I ever hit. That was good. And I actually switched putters to the PXG after I won because I thought it was so much better. I can just see the line with it, it’s fantastic. But me and my coach Drew Steckel have worked on it a lot. My caddie, A.T., is the greatest one there is.

I’ve got a great camp around me. Just things have been unbelievable with everything in my life.

My wife’s amazing, she’s the best supporter I have. She is unbelievable. My whole circle in life is just really good right now and it’s carrying over into everything. You know, I guess I’m a lot different than I was 10 years ago, for sure. I can’t really explain it, but I’ve just — I’ve been working hard on it. I’ve been working hard on a lot of things and it’s all kind of come
together now.”