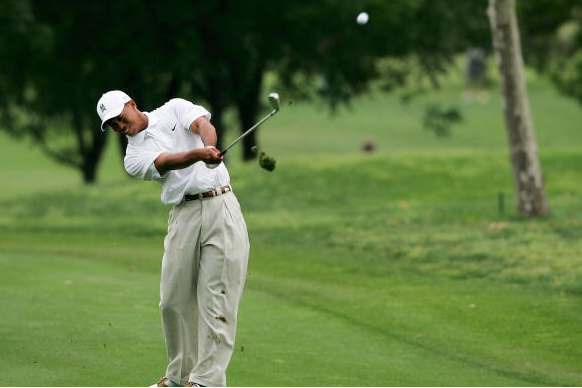 Week in, week out on the PGA Tour, the world’s best golfers set and break records of all kinds. But here are 10 PGA Tour records that may never be broken.

Harry Cooper won the 1923 Galveston Open at the age of 19 years and 4 months. Cooper never achieved much fame because he never won a Major, although he won 31 times on tour.

Sam Snead was 52 years, 10 months and 8 days old when he won the 1952 Greater Greenboro Open. His win in 1952 came 27 years after his first win at the GGO, which is also a PGA Tour record for the longest gap between wins in the same event.

The PGA Tour began maintaining individual hole scores only in 1983. Since then, the highest score on any hole was made by John Daly at the Par-5, 6th, in the 1998 Bay Hill Invitational. Daly made 18 that day and hit six consecutive balls in the water.

Marc Calcavecchia is the only golfer on the PGA Tour to make 9 consecutive birdies in a row. He did in the second round at the 2009 RBC Canadian Open. Calcavecchia began his round on the 10th hole, and his birdie streak began on the 12th and finished only on the 2nd hole of the front nine.

5. Most Strokes Under Par

Ernie Els holds the all-time tour record for the most strokes under in a 72-hole event. En route to winning the 2003 Mercedes Championship, Els shot a total of 31-under (261).

At the 1999 British Open at Carnoustie, Paul Lawrie came from 10 shots behind to win the title for the largest final round comeback on tour. Lawrie’s win is often overlooked because of Jean Van de Velde’s infamous choke on the 18th hole.

7. Most Consecutive Cuts Made

Among Tiger Woods’ many records, one record is that of the most consecutive cuts made on the PGA Tour which stands at 142. This streak began at the 1998 Buick Invitational and ended seven years later at the 2005 EDS Byron Nelson Championship.

Jay Haas holds the record for the most cuts made. In the 799 PGA Tour events that Haas teed up in, he made the cut 592 times. That’s a lot of pay checks.

Byron Nelson had 65 consecutive Top-10 finishes, starting at the 1942 Texas Open unand ran up until the 1946 New Orleans Open.

The longest sudden death playoff lasted for 11 holes between Cary Middlecoff and Llyod Mangrum at the 1949 Motor City Open. By the time they completed the 11th Playoff hole, the players and tournament officials decided to halt play as it was too dark to continue. Middlecoff and Mangrum were declared co-champions.