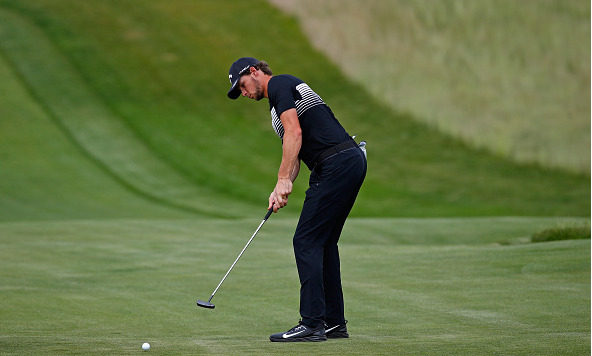 Thomas Pieters fired a bogey-free 5-under 65 in the opening-round of the WGC-Bridgestone Invitational, and will take a one shot lead into Friday’s second-round at Firestone. 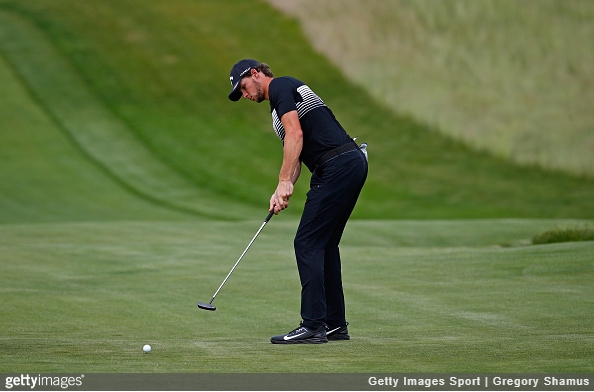 The Belgium Ryder Cup star, who began his round on the back-nine, got off to a somewhat slow start with four straight pars.

“Off the tee I was very bad but managed to find a lot of greens and I didn’t leave myself too many downhill putts, so I think that was key,” said Pieters of his initial play.

Pieters made his move, though, starting on the fifth hole, and ripped off four birdies over the next seven holes, including back-to-back after the turn, to reach 4-under. Six straight pars followed, but a fifth and final birdie at the closing hole gave Pieters the lead at 5-under.

“It was kind of a stress-free round. On my back nine, I missed a couple greens but got up and down a couple times, so pretty happy,” continued Pieters, who holds a ranking of No. 34 in the world.

Scotland’s Russell Knox, who has struggled badly this season, is one back from Pieters after a wild round of 4-under 66, which included four birdies, two bogeys, and one eagle.

“I’ve obviously struggled a little bit recently but my game’s not been far off. I know it hasn’t been,” explained Knox, who won twice during his breakthrough 2016 season. “I made a couple adjustments in my equipment, which is going to be important moving forward, I think, for me. I mean, today was how I normally have played. I’m very happy to have shot 4 under.”

A star-studded group is tied for third at 3-under, including Jordan Spieth, Rory McIlroy, John Rahm, and Bubba Watson. 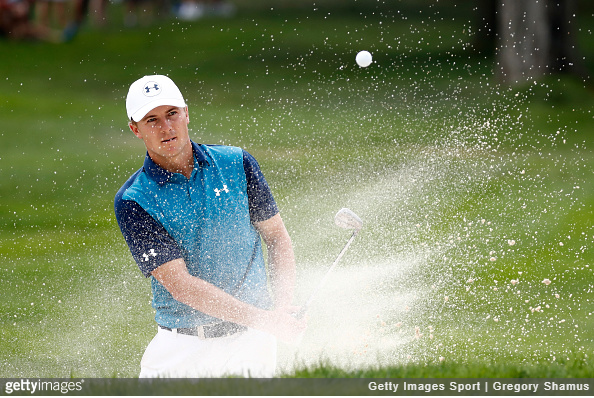 Spieth, in his first start since his epic win at Royal Birkdale, got off to a fast start with a birdie on one. But after that it was a mixed bag with four birdies, two bogeys, and one heck of a “stupid” cut shot.

Defending champion Dustin Johnson leads a group of six players tied for ninth at 2-under. Also at 68 is defending PGA Champion Jimmy Walker and Adam Scott, among others.

Former world No. 1 Jason Day, who was paired with Spieth and McIlroy, shot 1-over 71, and sits at T33, along with Phil Mickelson and Brooks Koepka.

WGC Bridgestone Invitational – Round One Highlights

“Yeah, if I keep the driver out of the bag, yeah. Can’t hit the damn thing. The 3-wood was really good. Only hit a couple fairways but I think like on nine, I hit it straight down the middle and some of these fairways are just really hard to hit because the slope is so steep. I hit a lot of greens, that was key.”
–Thomas Pieters, Round One Leader, WCG Bridgestone Invitational