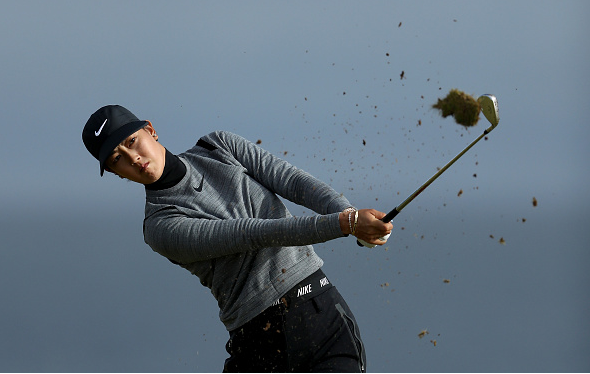 Michelle Wie fired a 8-under 64 in the opening-round of the Ricoh Women’s British Open, and will take a one shot lead into Friday’s second-round. 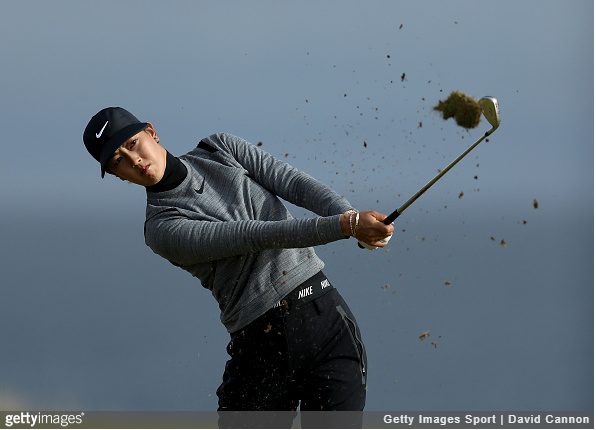 Wie’s sizzling round set a new women’s course record at Kingsbarns, and she did it despite bogeying the par-5 second hole.

After her lone blemish on No. 2, the 27-year-old finished with nine birdies over her final 16 holes.

“I had a lot of fun out there today. The views were just so spectacular here, you kind of get lost in the view sometimes,” a relaxed Wie said about the picturesque surroundings at Kingsbarns. “I’m really proud of myself how I took advantage of conditions this morning.”

One back of Wie, at 7-under, is In-Kyung Kim, the recent winner of the Marathon Classic. The suddenly-hot 27-year-old Korean finished with eight birdies against one bogey.

Following her round, Kim felt she was “lucky” to get an early morning tee time, thereby avoiding the afternoon inclement weather which suspended play twice.

“After six holes, five birdies, I’m like this is pretty awesome. But I try to not get ahead of myself, and focus on one shot at a time,” Kim told LPGA.com. “The view is amazing, so I was just watching the view and try to focus on my game. But I was very lucky today with the weather.”

Alone in third is American Lindy Duncan, who finished at 6-under 66. 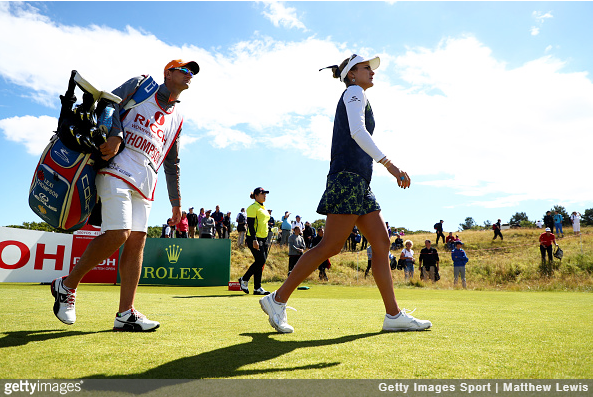 World No. 2 Lexi Thompson headlines a group of five players tied at 5-under 67. The 22-year-old Thompson was up and down in the early goings, with four birdies and two bogeys through 10 holes. But the American star finished her final eight holes at 3-under, highlighted by a lengthy birdie on 18.

Others tied with Thompson include Korea’s Chella Choi, Anne Van Dam of the Netherlands, and the English duo of Jodi Ewart Shadoff and Melissa Reid.

Charley Hull and Laura Davies, both also from England, lead a group of seven players tied for ninth at 4-under.

.@themichellewie's 8-under 64 included 6 birdies on the back nine.

.@LETgolf legend Dame Laura Davies posts an opening round 68 (-4) & is currently in T8 position on the @RICOHWomensBrit leaderboard ? pic.twitter.com/Wl7JZ9HyMF

“I live a pretty lucky life and sometimes I think just having a different perspective on it and just thinking less about the results and thinking more about the process and just having fun out there, because it doesn’t matter what the results are. If you’re enjoying what you’re doing, then that’s really all that matters.”
–Michelle Wie, Round One Leader, Ricoh Women’s British Open