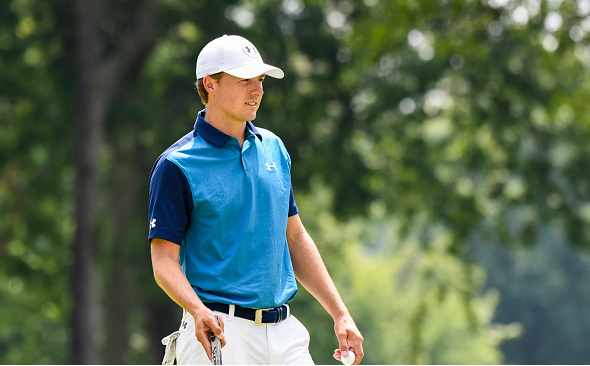 During his pre-tournament press conference in Akron yesterday, Jordan Spieth claimed that with the success he’s enjoyed so far this season (three wins with one major), that he’s kind of playing with house money, which he called “free-wheeling.” 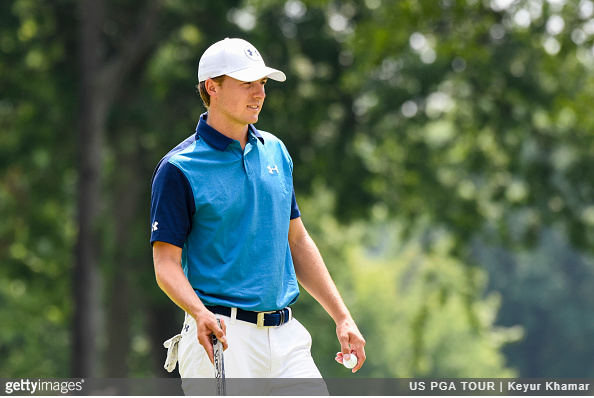 Well, if this is what a “free-wheeling” Spieth is like, fans are going to dig the final two months.

The 24-year old star hit his tee shot into the tree area on the par-4 8th hole, but instead of playing a conservative punch out, Spieth turned to his caddie Michael Greller and said, “I’m going to try something stupid here.”

Of course it didn’t turn out very stupid, as the world No. 2 hit a laser to the green.

Afterwards, a relaxed Spieth explained that he tried a similar “cut around” shot in practice which ended badly. But with his new relaxed attitude he joked, “why not try it today, on the day that actually matters.”

Spieth continued, “I had a number where I could hit a pitching wedge. I knew that the height of that hole (in the tree) was right around a pitching wedge, and I had to put a little cut on it. I was fortunate enough to hit it (the tee shot) over where it was trampled down next to the tree where I could actually get a clean strike on it. So very, very difficult shot – one that Michael, he walks over and goes, ‘Where in the world are you looking here?’ And I just said ‘Mike sit the bag down and go stand over there and watch this.’ I just didn’t want him vetoing, I did’t want him saying anything. I thought that maybe I had this shot. But then when I pull it off it’s an nice added bonus.”

Spieth finished his opening round with a 3-under 67, and is just two off the lead, tied for third.