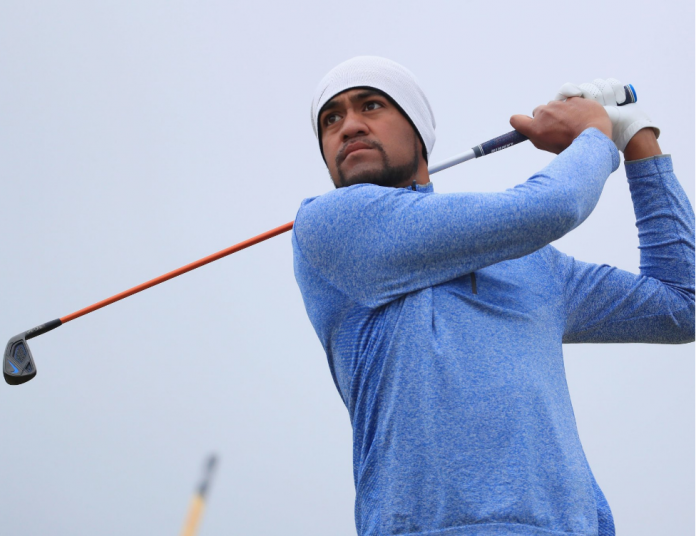 Day number three of the British Open is well under way at Royal Troon Golf Club, with the lead group set to tee off at at 10:20 AM (Eastern Time).

Here’s what you should know about the top-10 players heading into the weekend.

Phil Mickelson is looking for his first win since the 2013 British Open. He has five Top-5 finishes this year including runner-up finishes at the FedEx St. Jude Classic and at the AT&T Pebble Beach National Pro-Am.

Another record for Mickelson #TheOpen pic.twitter.com/LuLdqasrT9

40-year old Henrik Stenson has never won a major championship. He has three Top-3 finishes at the British Open though, including a runner-up finish to Mickelson in 2013.

Just one behind the leader…
SIX birdies for Stenson today!https://t.co/05QdHpor6T pic.twitter.com/Ujbbkq7Uzb

Two-time European Tour winner Soren Kjeldsen has only two Top-10 finishes in Major Championships. That includes a T-7 finish at the Masters earlier this year. His best finish at the British Open was in 2009 when he finished at T-27.

Soren Kjeldsen heads into weekend on a high after two sub-70 rounds at #TheOpen. https://t.co/ssu9aFCCdD pic.twitter.com/UcmAXHQCCl

As a rookie Keegan Bradley won the 2011 PGA Championship. He is looking for his first win in over four years. He has yet to post a Top-10 finish at the British Open.

2011 @PGAChampionship winner Keegan Bradley has made a move today. He's back in the clubhouse at -7. #TheOpen pic.twitter.com/7uwdHkf5Vx

Defending Champion Zach Johnson has played some great golf over the first two days and is looking for his first win since hoisting the Claret Jug last summer. At Oakmont, a course where short-hitters like him were at a disadvantage, Johnson grinded out a T-8th finish.

This is Tony Finau’s first appearence at the British Open but it doesn’t quite look like it. Finau ranks 3rd in Driving Distance on the PGA Tour this year behind JB Holmes and Dustin Johnson. He won earlier this year at the Puerto Rico Open.

From the #MackenzieTour to the game's biggest stage.

The 2011 FedEx Cup Champion, Bill Haas, hasn’t won since the 2015 Humana Challenge. Although he is a six-time winner on Tour, he is yet to post a Top-10 finish at any of the Majors. Hopefully, he sticks to his plan from yesterday.

.@BHaasGolf plans to take it one shot at a time in Friday's traditional Open conditions: https://t.co/alTScoJlqG pic.twitter.com/Hsm1yNHBnE

2011 Masters Champion, Charl Schwartzel, made some noise early this week when it was announced that he switched from Nike clubs to PXG. It looks like its working well for him. Schwartzel won earlier this year at the Valspar Championship. His lone Top-10 finish at the British Open came in 2014 at Royal Liverpool.

Hold onto your hats, @ca_schwartzel has joined the #PXGTroops! Good luck in #TheOpen this week! pic.twitter.com/5enqbN4xxC

One of the most popular players on the European Tour, Andrew ‘Beef’ Johnston, is the leading British player through 36 holes. Johnston won earlier this year at the Real Club Valderrama Open de España on the European Tour. His lone appearance at the British Open came in 2011 when he missed the cut.

The Story Behind Andrew ‘Beef’ Johnston’s Nickname Will Have You in Stitches https://t.co/bVoVXwZTVV pic.twitter.com/mqxgdaBAfm

The British Open is without a doubt Sergio Garcia’s favorite Major. He has nine Top-10 finishes at this event, including the playoff loss to Padraig Harrington in 2007.