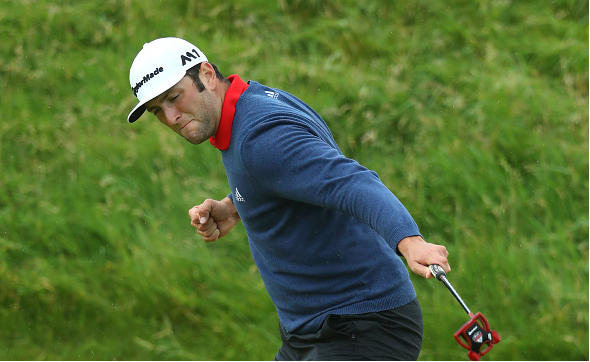 After two consecutive missed-cuts, including at the U.S. Open at Erin Hills, fans did not know what to expect from Jon Rahm at this past weekend’s DDF Irish Open.

He responded by simply obliterating the field in Northern Ireland, cruising to a six-stroke victory. It was perhaps the most impressive performance of his incredible young career.

Among the tangible benefits: Rahm rose into the top 10 of the world rankings, leaping over Alex Noren, Rickie Fowler, and Brooks Koepka to world No. 8. Increased confidence in his game has had an impact on the sportsbooks as well, as Rahm now has the second best odds to win next week’s Open Championship at Royal Birkdale.

“I’ve been saying, I haven’t played my best golf and today, for 15 holes, I played the best golf I can ever play on the golf course with the weather that we had. Obviously the bonus of holing out on four was great. Man, this is a nice feeling.”
–Jon Rahm, following his DDF Irish Open victory