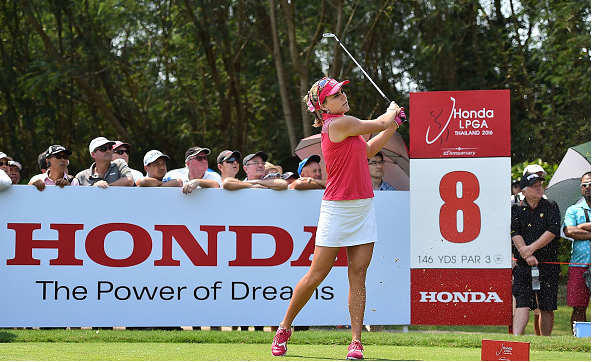 Lexi Thompson, who just missed overtaking Shanshan Feng for the top spot in the women’s world rankings on Sunday, will have another shot this week in Singapore.

Thompson did rise to No.2 for the third time in her career, but some final-hole drama kept China’s Feng atop the summit for another week. 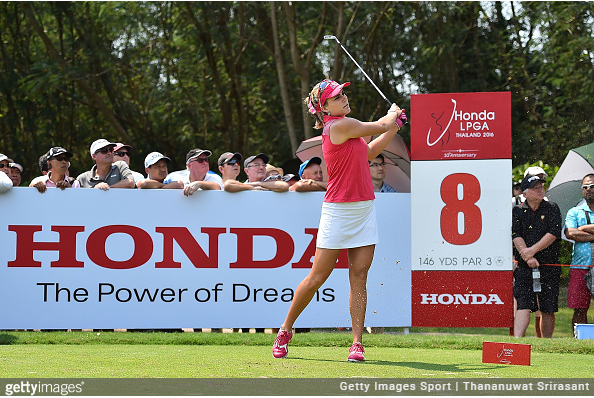 Projections indicated Thompson needed to finish alone in second while Feng could be no better than fifth. Feng birdied No.18 to move into a share of fifth, leaving only a narrow margin to make the swap. The window closed with Moriya Jutanugarn’s closing birdie to tie Thompson for second.

On Tuesday at press conference in advance of this week’s HSBC Women’s World Championship, Thompson admitted that reaching No. 1 is a goal, but it’s not something she focuses on.

“I think everybody wants to be No. 1 in the world. It’s always our goal. But you have to take it one tournament at a time. All you can control is your game, your attitude and what you do out here,” explained Thompson.

“That’s really all I’m trying to focus on is just have more fun out on the golf course with my caddie, Kevin.”

Five different players held the No.1 spot in 2017, with Thompson looking to become the sixth in a volatile nine-month stretch. For the first round at least, Thompson and Feng won’t have to scoreboard watch, as the duo will be paired together, alongside No. 3 Sung Hyun Park.

Stacy Lewis (2014) was the last American to hold the No. 1 position in the Rolex Rankings.