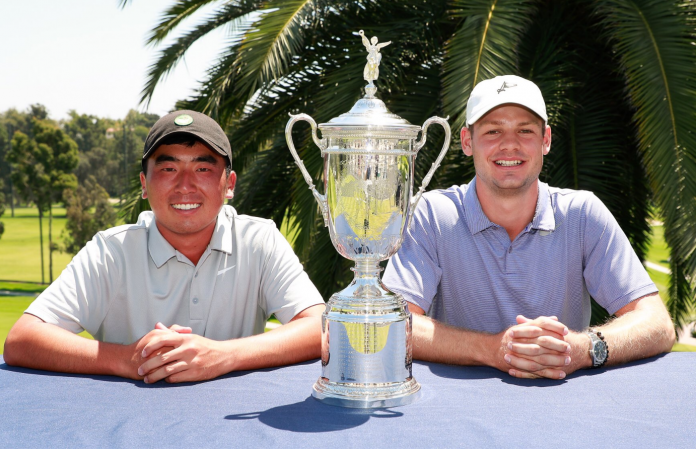 Doc Redmand and Doug Ghim won their semi-final matches on Saturday at Riviera Country Club, and will advance to Sunday’s 36-hole final match of the 2107 U.S. Amateur Championship.

Congrats to #USAmateur finalists Doug Ghim and Doc Redman on earning spots in the 2018 #USOpen. See you at Shinnecock! pic.twitter.com/SKbbmhDiGN

Ghim was the 2017 Big 12 Player of the Year at Texas, where he finished his junior year. He topped Tommy Humphrey 2 and 1 to advance.

Redman, who will be entering his sophomore season at Clemson, edged Mark Lawrence Jr 1 up.

14 Amateurs Bask In Glory of U.S. Open at Erin Hills