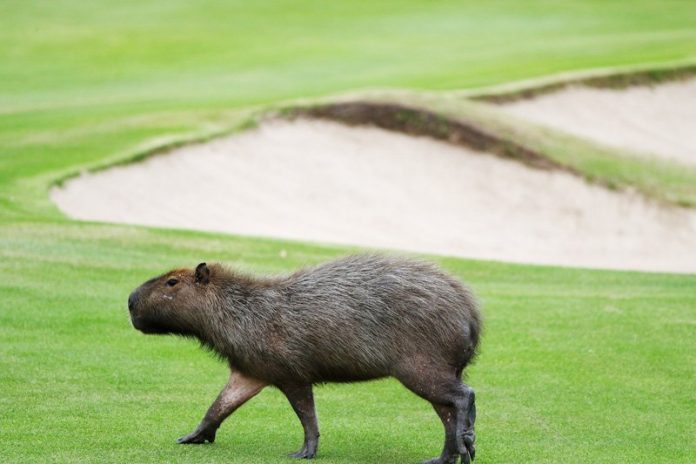 The Olympic Golf Course is home to a variety of wildlife including the largest rodent in the world: the Capybara.

During a press conference for Team USA, Fowler was asked about playing alongside all the neat creatures roaming about the golf course in Rio:

The no. 8 player in the world doesn’t want to fight the Capybara, but does admit he wouldn’t mind being one living at the beautiful Rio golf course.

Fowler also references the Caimans (mini crocodiles) which he also would like to stay away from during his time on the Olympic Golf Course. The course is also filled with owls, boa constrictors, monkeys and three-toed sloths.