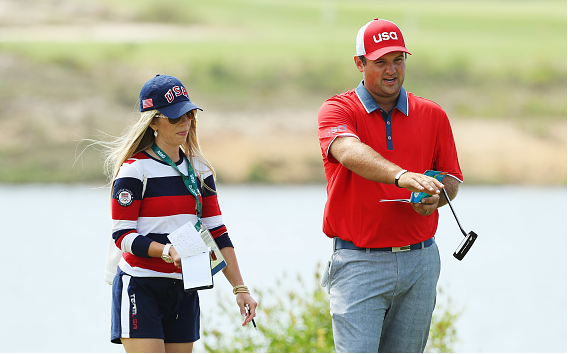 It’s the Olympic week and it’s buzzing in Rio. Granted, most of the world’s very best aren’t teeing up this week, but it’s not about them anymore. It’s about the ones who are here representing their country.

Here are this week’s Power Picks for the Men’s Olympic Golf Event.

Henrik Stenson’s final round at the Open Championship was one of the best Major performances in a long time. Although he faded away in the final round at the PGA Championship, he still ended up in a tie for 7th place. Apart from his withdrawal at the US Open, Stenson has two wins, two other Top-10’s and a T-13 finish in his six most recent events.
OWGR: 5

Sergio Garcia’s missed cut at Baltusrol can be construed as his only setback the entire year. In his three previous starts before that, he won the AT&T Byron Nelson Championship, and finished Top-5 at the US Open, the BMW International Open and the British Open. Another year without a Major, but with the Ryder Cup just around the corner, expect Sergio to be pumped up.
OWGR: 11

2014 US Open Champion, Martin Kaymer should feel comfortable at the Olympic Course for its resemblance to Pinehurst No.2. Kaymer has popped up on quite a few leaderboards recently, including the PGA Championship, where he tied for 7th place. Kaymer has four Top-10’s and another Top-15 since late May.
OWGR: 50

In our opinion, Team USA’s best bet this week is Patrick Reed, who is without a doubt one of the most passionate guys competing at this event. Reed is coming off some steady performances, a T-12th at the British Open, T-13th at the PGA Championship and a T-11th at the Travelers Championship.
OWGR: 14

One of the most consistent golfers on tour, Matt Kuchar rounds up our Power Picks for the week. Forgive him for not knowing the format of the golf event, Kuchar will be well prepared come Thursday. Kuchar has had an excellent summer, and has racked up six Top-10 finishes since mid-May. The missed cut at the PGA Championship remains the only blemish.
OWGR: 20