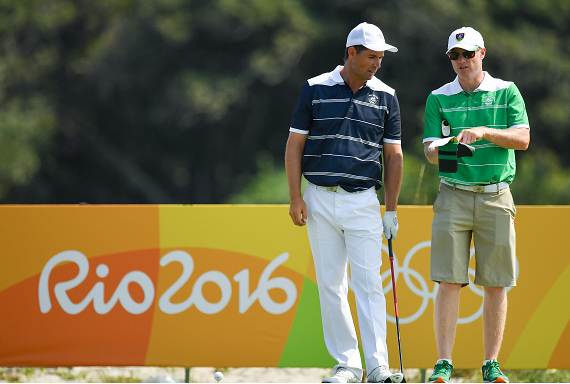 Following up on our power picks for the men’s competition at the Rio Olympic Games, here are this week’s Sleeper Picks.

Can’t say that Emiliano Grillo was enjoying his preparations much, as he got his hands on his golf set only yesterday. The 23-year old Argentinian is one player who is coming in with some good form. He’s racked up four Top-15’s in his previous six events, including T-12th at the British Open and a T-13th at the PGA Championship.
OWGR: 39

Another South American who is coming in with some momentum is Jhonattan Vegas. After a couple of close calls earlier this year, Vegas finally got his first win, in more than five years, at the RBC Canadian Open last month. He followed that up with a respectable T-22nd at Baltusrol.
OWGR: 80

Another player who should like this week’s course is Padraig Harrington, his love for links-style golf should show this week. Harrington has had a slow season for most of the year but has come up with spirited performances off late. His T-13th finish at the PGA Championship was surely a big boost to his confidence.
OWGR: 128

Big-hitting Austrian Nicolas Colsaerts should be liking his chances this week. The Rio course has been inspired by Castle Stuart, and Colsaerts has some good finishes out there, including this year. Although he missed cut in his most recent start, the PGA Championship, he does have two T-3 finishes since June, the Nordea Masters and the Aberdeen Asset Scottish Open.
OWGR: 127

Frenchman Gregory Bourdy is coming off a decent run as well, with only one missed cut in his previous 11 events. This run includes two Top-10 finishes and six other Top-25 finishes, including T-18 at the US Open and the PGA Championship.
OWGR: 107