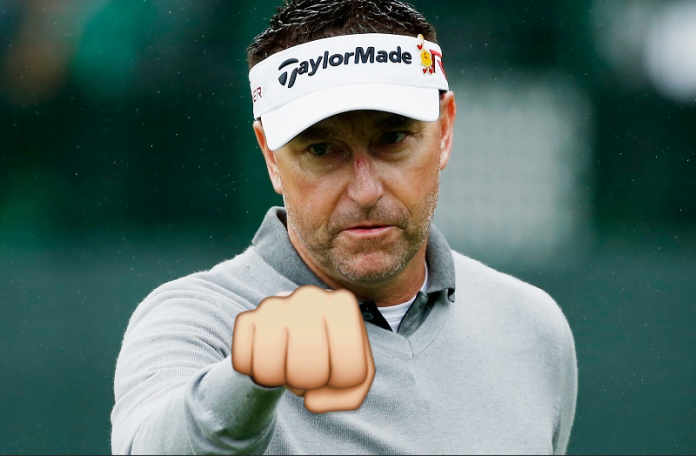 It has been a long time since Robert Allenby has been in the news for anything positive. This will not be one of those times either.

Allenby made headlines for all the wrong reason again this weekend, when he took offense to something posted by Australian pro golfer Aron Price.

It wasn’t a malicious comment, although it wasn’t particularly nice either. Allenby, who had not posted on Twitter in over a year, completely lost it on Price, though.

Price’s original comment, which set off Allenby, has since been deleted, but this is what he wrote:

Price was referencing a strange incident Allenby was involved in last year. Allenby claimed to have been kidnapped, robbed, and beaten during the Sony Open in Hawaii, a claim that has been questioned by many.

Both Ryan Lochte and Williams are even more famous for their fabrications, hence the joke.

Here are a few of the responses from Allenby:

do you still play golf ?

Pretty mild at first, but then it explodes, replete with emjois suggesting a flip of the bird and a punch:

you must still live with ya mom mate ???

In the same tirade, Allenby also went off on a number of fans, saying things like “you couldn’t afford the wine I drink” and “is that your gay lover, mate?”.

Robert Allenby’s Tough Weekend: Misses the Cut, Then Gets Arrested Outside a Casino