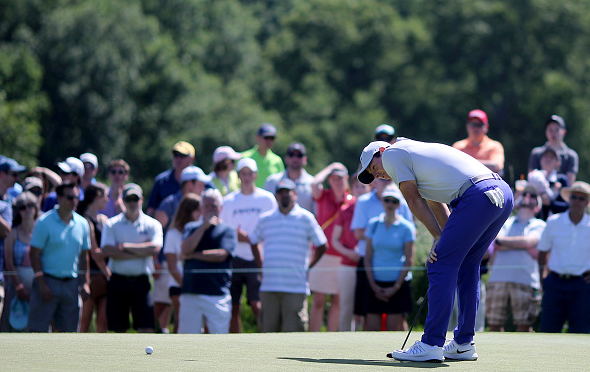 World No. 3 Rory McIlroy made some waves before the U.S. Open when it was announced that he was going to be switching to a brand-new putter, the TaylorMade Spider Tour Red.

Given the putter’s status as one of the most popular on Tour, it was expected to be the start of a beautiful relationship for the four-time major winner, who has historically been inconsistent with the flat stick.

Now, just three rounds into the new partnership, Rory might want to start seeing other putters. Despite a 3-under 67 in the first round of the Travelers Championship, a frustrated Rory said that he is giving the putter just one more week to make him a believer.

A tweet by Golfication shows some of Rory’s struggles with his new putter.

@McIlroyRory is having a hard time dialling in the putts with his new taylor made putter. pic.twitter.com/aXsTaWmoth

“I came off the golf course a little disappointed with a 67, because I gave myself so many chances. Tee to green game is where it needs to be, it’s just a matter of converting the chances I give myself.”
–Rory McIlroy