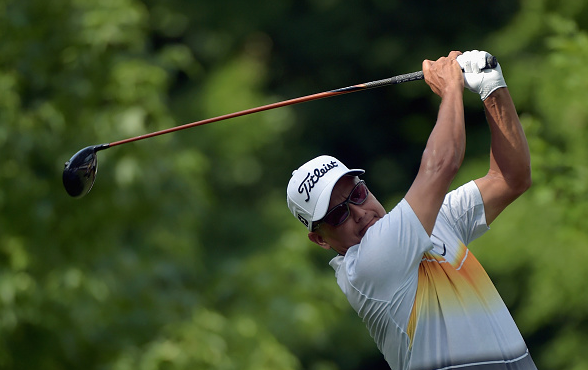 Twenty spots in the field for the PGA Championship in August were up for grabs during this week’s PGA Professional Championship. The tournament went into a sudden-death playoff with a familiar name taking first place: Omar Uresti.

While the 19 finishers after Uresti qualified for the major event at Quail Hollow, Uresti also qualified for a handful of other tournaments as the winner: six PGA Tour events in the next 12 months.

The win did not sit well with many PGA of America members, who argue that Uresti, a longtime PGA Tour member, has never worked as a club or teaching professional.

Michael Powers, a teaching professional out of Boston, summed up the frustration best on Twitter.

Omar Uresti has won 4.6 million dollars in 356 starts on Tour, and just beat a bunch of club pros. What a joke.

The PGA of America issued the following statement:

“The PGA of America has a diversified membership, which includes former and current Tour players. Omar is eligible to compete in our PGA Professional Championship because PGA Tour pros are eligible for PGA of America ‘Class A’ membership [which is how he originally became a member].

“He played more than 20 years on Tour. Once he was no longer playing on Tour, like any other PGA Member who had 20+ active years of PGA Membership, Omar became eligible for ‘Life Member-Active’ [and] therefore eligible to compete in the PGA Professional Championship, and in addition, hold PGA office and vote.

“Omar, like all other ‘Life Member-Active Members,’ is required to complete the Member Service Requirements of the Professional Development Program (continuing education and Association activities) over a three-year period.

“We congratulate Omar on his victory and look forward to seeing him compete this August at the PGA Championship at Quail Hollow Club.”