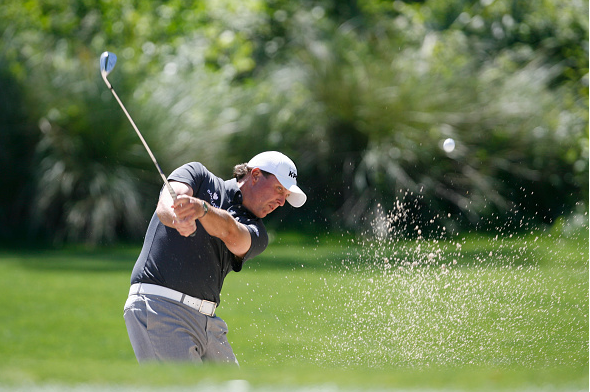 The LPGA’s second major of the year, the KPMG Women’s PGA Championship, is set to tee off next week, and the ladies tour has concocted a very intriguing pre-tournament event.

It was announced on Wednesday that KPMG’s star endorser, Phil Mickelson, will be a part of the festivities, testing his all-time great short game against three of the biggest stars of the LPGA in a skills contest.

The three LPGA members battling Phil are world No. 2 Lydia Ko, No. 13 Brooke Henderson, and No. 18 Stacy Lewis.

“Phil mentioned that one of the biggest mistakes was staying after college where the taxes are quite high. So I’m trying to stay in a low place. I don’t have any money yet.”
–Lydia Ko in 2013, sharing advice she got from Phil Mickelson.