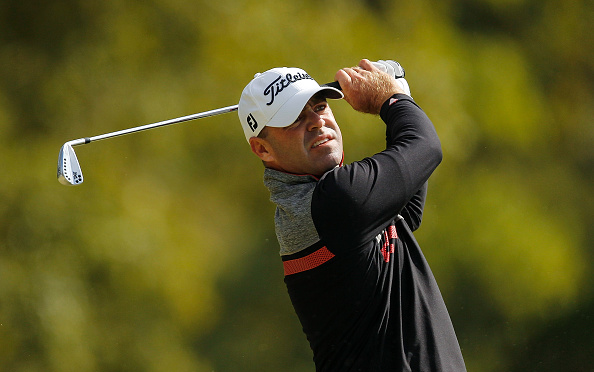 Ryan Armour fired a 5-under 67 on Saturday and heads into the final round of the Sanderson Farms Championship with a five shot lead. 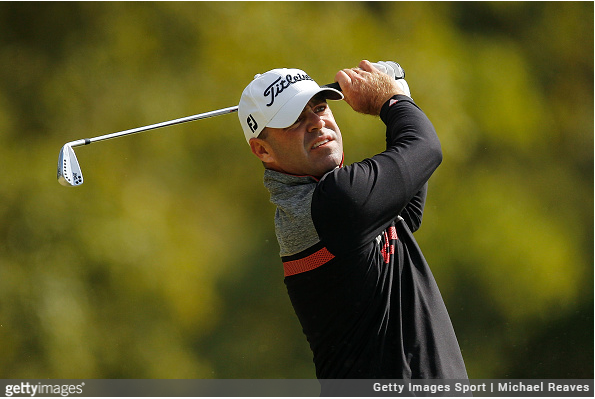 Armour, the 36-hole leader, started his third round at the Country Club of Jackson with birdies on the first two holes to quickly get to 12 under.

Three straight bogeys on 5, 6, and 7 dropped the 41-year old to 9 under, and briefly one back of Chesson Hadley. After that, though, it was lights out for the Ohio State alum, as Armour finished his final 11 holes with six birdies, including four straight on Nos. 13-16 to get to 15 under.

“There was a tough stretch in the middle of the front nine there where missed three 16 footers in a row. Hole locations were hard and tough to read,” explained Armour. “Kind of caught fire on the back nine there and made five birdies. I’m ecstatic.”

Hadley got off to a nice start on Saturday, making the turn at 4-under 32, but the former Georgia Tech star came up empty on the back with one birdie and one bogey. The 30-year old is alone in second at 10-under par.

“I got off to a great start and just kind of hung around. Kind of tightened up a little bit when the cameras showed up. Just maybe lost a little bit of focus,” said Hadley. “But that birdie on 17 was really nice. Yeah, certainly very pleased with 4-under. Looks like we’ll have a chance tomorrow. Just go do the best we can.”

The 22-year old is T3 at 9 under, along with Scott Strohmeyer (68), a Monday qualifier playing in his first-ever PGA Tour event, and Vaughn Taylor (71), who made a costly bogey on 18 to drop from T2.