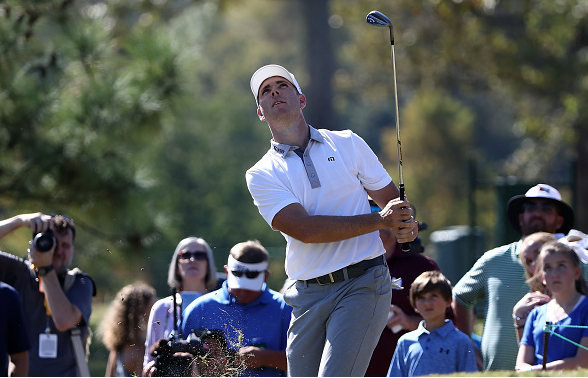 The Sanderson Farms Championship is officially in the books for 2016. Cody Gribble, in only his second event as a rookie, captured his first PGA Tour title with a final score of 20-under par.

For his win, Gribble walks away with 300 FedEx Cup points, and over three-quarters of a million dollars in prize money. He also scores an invite to Kapalua in January for the Tournament of Champions event.

Here’s a roundup of the best shots (and more) of the week at the CC of Jackson.

Best Tee Shot of the Week

Steven Alker scores an ace of the par-3 10th hole.

All it took was one swing …

Steven Alker started his day off with an ace. #QuickHits https://t.co/mzVSXHaBb8

Best Bunker Shot of the Week

Rookie Xander Schauffele holes out on the 15th in the final round.

A dream back 9 continues …

Old friend, and former world No. 1, David Duval sinks a long bomb birdie on the 7th in the opening round.

Best Approach Shot of the Week

Julian Etulain with a hole-out for eagle on the 9th hole during round 2.

Best Overshot of the Week

Luke List airmails the green and has it bounce off the roof and into the trap.

Think Luke List is pumped up as a co-leader?

He just launched this one. #QuickHits https://t.co/jeOAu29ihg

Hiroshi Iwata makes birdie on the 7th, as it swishes around the hole.

Best First Pump of the Week

Glenn Murray, in the final round, walks in an eagle and gives it some serious pumping.

This is the biggest fist pump of the week. #QuickHits https://t.co/Kru5Y0nexu

So close to a 1. #QuickHits https://t.co/zRsuFYfhNb

Most Valuable Putt of the Week