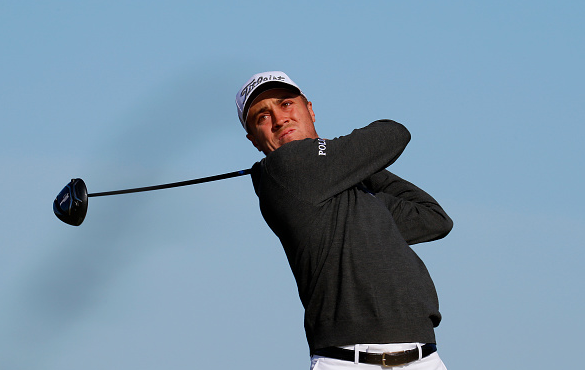 The PGA Tour produced this sweet montage of six big-name players (if you include Adam Hadwin who shot 59 last week), all teeing off on the 479-yard par-4 11th hole at TPC Scottsdale.

Swinging in the clip during the second round of play (their second hole of the day) are, in order: Bubba Watson, Patrick Reed, Matt Kuchar, Phil Mickeson, Justin Thomas, and Hadwin.

It don't mean a thing if it ain't got that swing.

The Tour social media team gave it a caption of: “It don’t mean a thing if it ain’t got that swing.”

“Kuch!”
“Justin”
“Phil’s so hung he topped his shot.”
“Bubba really strikes that thang.”
“Reed pure turn back and through best played on tour when short game is on.”

“What does that caption even mean..?”