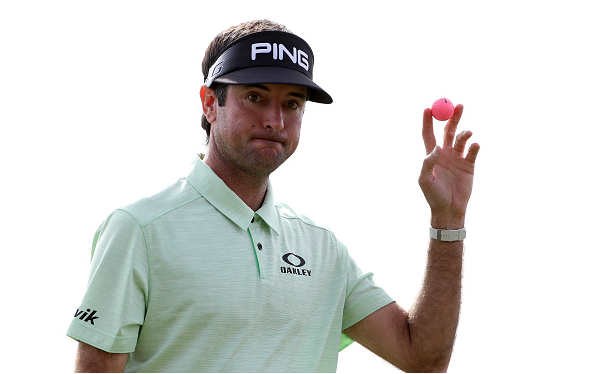 One of the more popular photos of round one at the Waste Management Open was that of leader Matt Kuchar and Bubba Watson playing a game of rock-paper-scissors.

The two former Olympian teammates played the hand game to see who would putt first on the 4th hole at TPC Scottsdale, as both were the same length away.

The photo was trending for a few reasons, but mainly because it’s something you don’t see very often (if ever), and it included a shot of the leader, Kuchar, along with the always-popular Watson.

Well, the Golf Channel decided to caption it and throw some shade at Bubba for his use of a pink (Volvik) golf ball.

“Loser has to play a pink ball.” Welp…

A couple of commenters chimed in…

This commenter summed it up best, “Dang low key shade from TGC.”