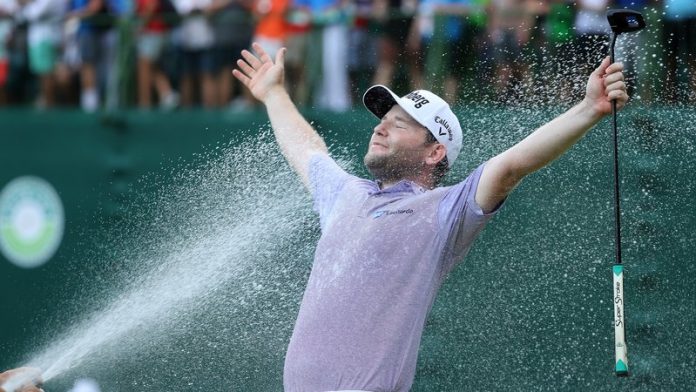 Branden Grace fired a final-round 6-under 66, overcoming a three-shot deficit, to capture the Nedbank Golf Challenge in his native South Africa.

The 29-year old hit 18 of 18 greens en route to a bogey-free final round which included six birdies – none bigger than a 40-foot tournament-clincher on the par-3 16th. 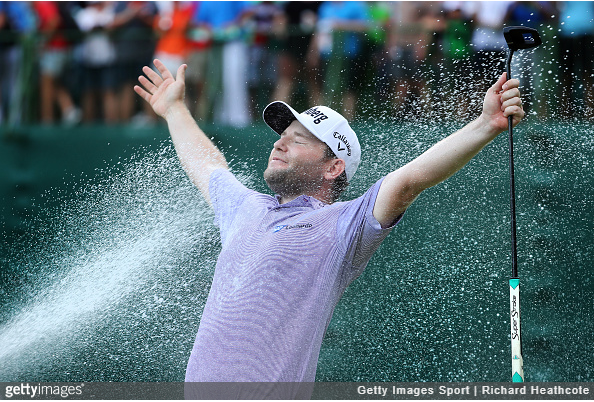 Tied with paying partners Scott Jamieson and Victor Dubuisson at 10 under, Grace rolled in a long bomb bullet for a birdie to go one-up, and secure his eighth career European Tour title.

“This is awesome. This is the one event that as a South African you want to win. It’s Africa’s Major for a reason and what a special place it is,” said Grace. “There’s a lot of history and a lot of great winners on the trophy and I’m very glad to be able to put my name on the trophy as well.”

With the win, Grace becomes the first native South African to capture a title in his homeland in 10 years.

Third-round leader Jamieson closed with a 2-under 70 to post a 10 under final score. The 33-year old Scot finished solo second.

Dubuisson also signed for a 2 under to finish alone in third at 9 under, two shots clear of China’s Li Haotong – who produced a tournament-low 64 to claim solo fourth.

After Jamieson nearly holes his chip shot for birdie (and what would have been the lead), Grace drains his long putt for birdie and the lead.

“I had to stay patient and I had to take the chances when they came my way. I missed a couple of short ones but I think the big key was the putt on 16.”
–Branden Grace