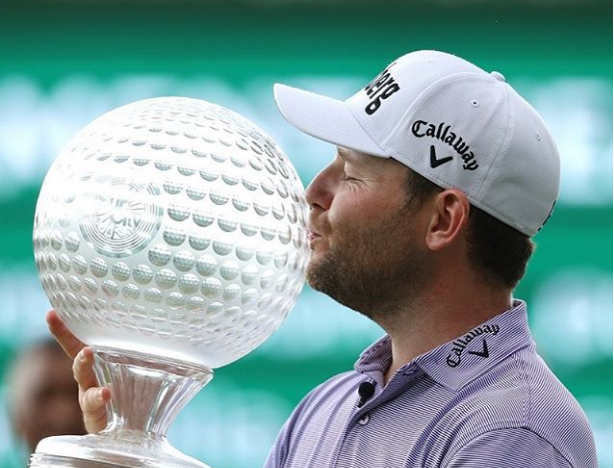 Branden Grace shot a 6-under 66 at Gary Player Country Club, overcoming a three-shot deficit, to capture the 2017 Nedbank Golf Challenge. The win was the career eighth for the 29-year old South African star.

Here’s a roundup of five pieces of European Tour content to recap the story:

Jamieson’s chip in birdie lips out, while Grace’s long putt drops. Grace up one.

Grace taps in for par to become the first South African to win since Trevor Immelman in 2007.

A look at Grace’s bogey-free scorecard with six birdies – none bigger than the last one on No. 16.

The newly-minted champion takes in the traditional champagne spray.

Grace raises the trophy that includes names such as Johnny Miller, Seve Ballesteros, and Bernhard Langer etched on it.