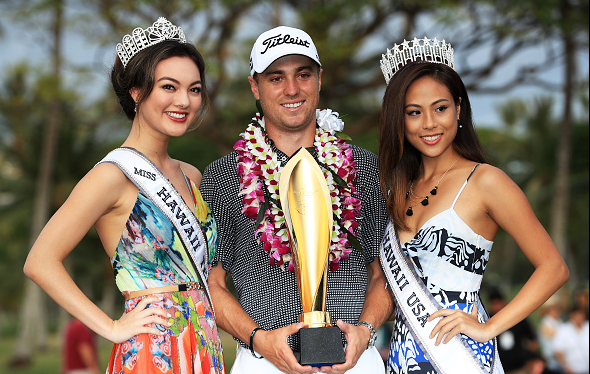 Justin Thomas won the Sony Open at Waialae Country Club in Honolulu, Hawaii with a record setting score of 27-under 253.

It was the third PGA Tour win of the young season for the 23-year-old Thomas.

The win moves Thomas into the world top-10 rankings at number 8, and into the top spot in the FedEx Cup standings. Thomas joins Tiger Woods and Rory McIlroy as the only players, 23 or under, to win Tour events in consecutive weeks.

The Kentucky native and University of Alabama alum also took home a check worth nearly $1.1M and 500 FedEx Cup points.

Here’s a look at the final standings from Honolulu, along with money earned.