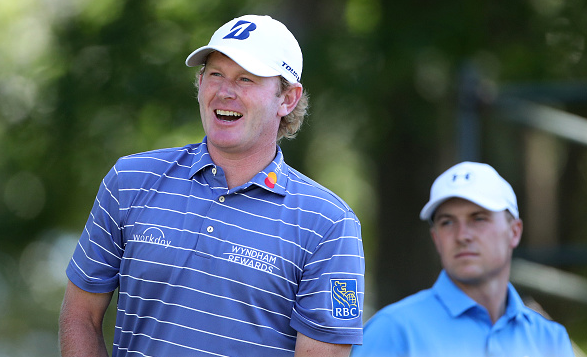 The three started their second day on the back-nine, and played ‘follow-the-leader’ on the 10th hole. First Bryan, then Spieth, and finally Snedeker all bombed drives down No. 10’s fairway, and all three tee shots landed less than a club length from one another.

Bryan also took to Instagram to post one of his rockets from the opening-round in which he lost a handle on his driver. Even without his club, Bryan gracefully held his follow-through, one thing his dad always taught him to do.

My dad always taught me to hold my follow through ?

Spieth and Bryan both head into the weekend looking to capture win #2 of the season, while Snedeker is still seeking his first title of 2017.