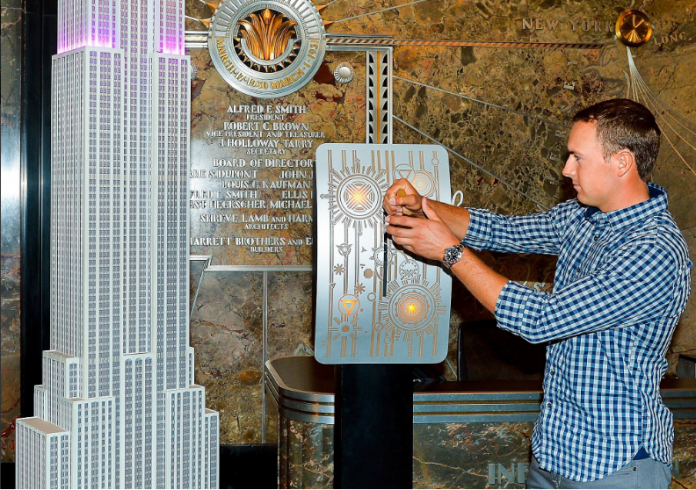 Jordan Spieth, as the defending FedEx Cup champion (and face of the tour), is on a New York media blitz, promoting the PGA Tour’s playoff series and thanking FedEx for his $10,000,0000 bonus check (which is actually some sort of combination of cash/retirement account/annuity).

First Spieth showed up at the Empire State Building to light up the iconic tower in the colors that signify the brand that pays the bonus checks for the playoffs.

Spieth just kicked off the FedEx Cup in major style by lighting up the Empire State Building. ? pic.twitter.com/qc4RbUp01H

The switch has been flipped! Check out @EmpireStateBldg tonight glowing #FedExCup colors thx to .@JordanSpieth pic.twitter.com/4xqhx40nTN

The world’s number three ranked player then did a round of live interviews from a New York studio.

Such as this one for the PGATour.com.

.@JordanSpieth is in New York lighting up the Empire State Building.