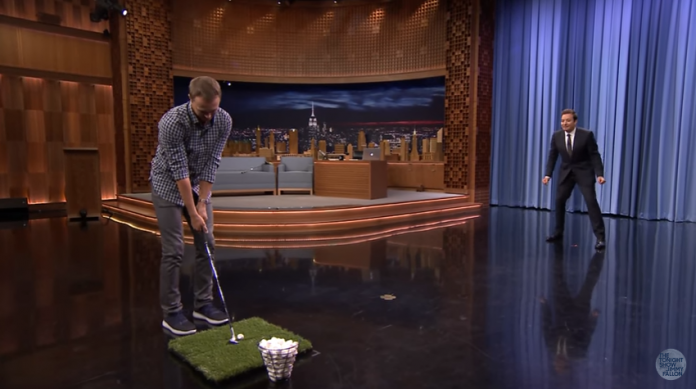 The fun and frivolity involved Jordan Spieth trying to hit marshmallows into Jimmy Fallon’s mouth. A challenge suggested by the Tonight Show host because Spieth famously hit a marshmallow into his own mouth at the Bryon Nelson.

Well hitting a fluffy marshmallows into someone else’s mouth isn’t as easy. Here are the results:

This may seem like the most exciting part of his trip to The Big Apple, but Spieth also got to light up the Empire State Building.