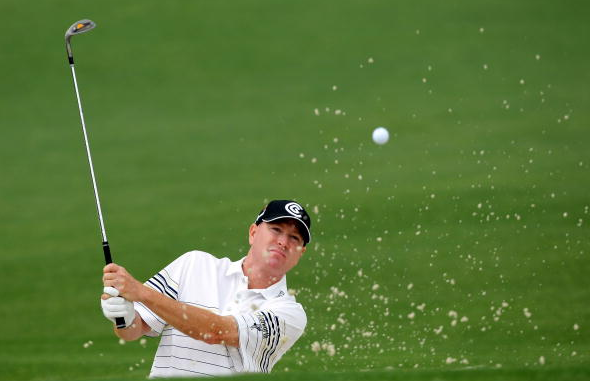 Long-time Tour veteran Steve Flesch has had what most would consider a successful PGA Tour career. He has earned $18 million on the Tour, with four career victories. He has also had some success playing in Asia.

However, Flesch hit a wall in his mid-40s like many do, and has played little on Tour since 2009. He now has some hopes that he will be able to make something of a return to his winning days: he turned 50 years old on Tuesday, which qualifies him to play on the Champions Tour.

Flesch is wasting no time, as he is in the field for this week’s Senior PGA Championship at Trump National Golf Club in the Washington D.C. area.

“You wait four or five years and think, ‘OK, I’ve got five years until the Champions Tour. I have plenty of time,’ but it seems like it came so quickly. The last year and a half seemed to take such a long time, but the last month flew by. What all that means is that I’ve been waiting with a lot of anxiousness just to get out here and play again full-time.”
–Steve Flesch