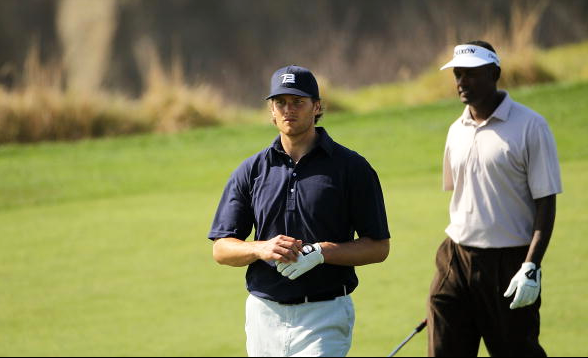 In today’s PGW Daily Rundown, Tiger breaks the silence on his health, the PGA Tour is considering a drastic change to its major schedule, Spieth reignites things with an old flame, a former champion is ready to win again, and Phil Mickelson received swing tips from an NFL legend.

The saga of Tiger Woods’ health has been mostly one frustrating disappointment after another. The 14-time major winner has missed most of the past two years in his attempt to get his back (in addition to his head) healthy to a point where he can golf and look at least something like he once did.

Last month, another setback delayed his regular return, as he required another surgery: a spinal fusion this time. Tiger opened up about his health one month post-fusion, and had something encouraging to say: he feels pretty good.

Quotable
“There’s no hurry. But, I want to say unequivocally, I want to play professional golf again.”
–Tiger Woods

Jordan Spieth made waves recently when he ditched his Scotty Cameron that he had used since 2009, years before he embarked on his professional career. Spieth had not been putting poorly in 2017 by most standards, but his stats had dipped, as he dropped from #2 on Tour in strokes gained: putting at the end of 2016, to #39.

With a new putter, he missed the cut at last week’s AT&T Byron Nelson, and now Spieth has decided to put an end to the affair: he will have the Scotty Cameron back in the bag when he plays the Dean & DeLuca Invitational this weekend.

“I just lost a little bit of the feel that I had with the putter I’ve been using for however many years. But what it did was now I feel a lot more comfortable with my alignment and feel like I got my set up back to where I want it and I have that feel.”
–Jordan Spieth

Long-time Tour veteran Steve Flesch has had what most would consider a successful PGA career. He has earned $18 million on the PGA Tour, with four career victories. He has also had some success playing in Asia.

However, Flesch hit a wall in his mid-40s like many do, and has played little since 2009. He now has some hopes that he will be able to make something of a return to his winning days: he turned 50 years old on Tuesday, which qualifies him to play on the Champions Tour. Flesch is wasting no time, as he is in the field for this week’s Senior PGA Championship at Trump National Golf Club in the Washington D.C. area.

“You wait four or five years and think, ‘OK, I’ve got five years until the Champions Tour. I have plenty of time,’ but it seems like it came so quickly. The last year and a half seemed to take such a long time, but the last month flew by. What all that means is that I’ve been waiting with a lot of anxiousness just to get out here and play again full-time.”
–Steve Flesch

Moving Majors? PGA Championship Might Soon Be A May Event

Those especially fixed in their routines might not like what the PGA Tour is considering. The PGA Championship, the fourth major of the year, has been held in the mid-late summer for a long time (this year’s event will be held from August 10-13).

Last year’s event was moved to late July to accommodate the Olympic Games, but there are discussions to make a more drastic change: to May.

According to European Tour Chief Executive Keith Pelley, he has been told that if the change happens, it will be announced by the end of August.

“We think it could potentially be a positive. It’s complicated. That is not just one move that makes it all happen. Everyone’s got TV deals domestically and internationally. Just so many moving parts. It’s our jobs as partners to have conversations and understand what are the pros and what are the cons. How can you make this a win-win for everybody?”

–PGA Tour Commissioner Jay Monahan, in an interview with ESPN

One Great To Another: Tom Brady Gives Advice To Mickelson

Prior to The Masters, five-time major winner Phil Mickelson played a practice round at Augusta with another five-time winner, Tom Brady, who in February won his fifth Super Bowl Championship.

At the Dean & DeLuca Invitational, which Phil is playing for the first time since 2010, Mickelson elaborated on a conversation the two had, saying that Brady offered advice to help him with his club speed.

“Sean Cochran (Mickelson’s trainer) and myself, been doing it for a few years. I think they’ve been refined over the years. I think Tom has really refined it and applied it to other sports other than baseball and other than just throwing, to golf.”
–Phil Mickelson on the “overload, underload” technique