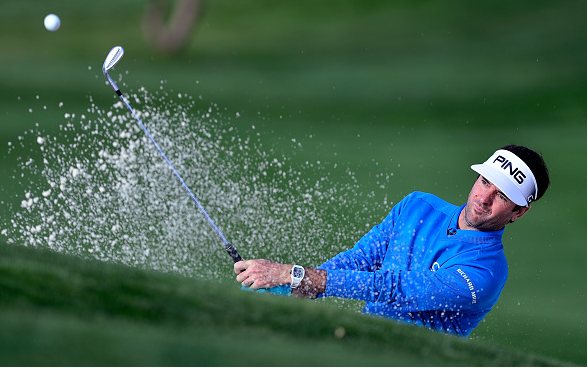 Bubba Watson has not played horribly since he won the 2016 Genesis Open, but he has not quite been playing at the level we have come to expect from the two-time major winner either. He followed the victory up with a solo-second place at the WGC-Cadillac Championship where he passed the redoubtable Rory McIlroy on Sunday, but could not quite catch Adam Scott.

Since then, Bubba has not contended anywhere. His major season especially was a complete dud as his best major result was a T37 at The Masters where he was +9 for the week and had three rounds of 75 or worse. He reached #4 in the world after his triumph at Riviera, two spots away from tying his career best ranking, but has slowly faded since, to his current spot at #13 (which some would say proves the OWGR is not truly reflective of one’s current play).

A year ago, he looked like a stone-cold lock to make the Ryder Cup squad. Forward to October: Bubba was at Hazeltine as an assistant captain after falling out of the top 8 in points (automatic qualifying) and being passed over for one of Davis Love III’s captains picks.

All that being said, there were some positives as well. He was still among the best at making it to the weekend, missing just one cut (the Deutsche Bank Championship), and he put together a nice weekend at The Olympics to finish T8, and he ended the season well, finishing in the top 20 in three of the four FedEx Cup Playoff events.

If the 38-year-old is serious about getting his game back to his 2011-2015 levels, Riviera is the place to watch for it.

In addition to winning the 2016 Genesis title, Bubba also won in 2014 when an incredible 64-64 weekend propelled him to the top of the final leaderboard, two strokes ahead of Dustin Johnson. He was also highly competitive in other editions of the tournament, finishing T14 in 2015 and T13 in 2012. Bubba knows this course.

Bubba Watson, Since Winning at Riviera