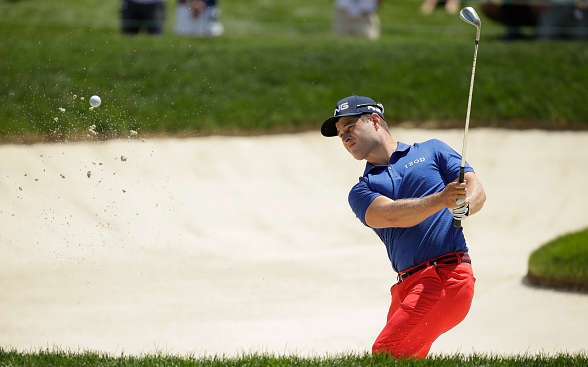 Jason Dufner and David Lingmerth each posted a 7-under 65 at Muirfield Village Golf Club, and co-lead The Memorial after round one.

Despite the bogey finish, the easy-going Dufner was pleased with his round.

“Played pretty well all day. Hit a lot of fairways, which is the first step on this being good,” said Dufner. “When you do that, you can stay below the holes and have more aggressive putts out here. I was able to do that for the most of the day.”

One back, at 6-under, is Jordan Spieth, who closed with four birdies over the last five holes. He is tied for third with Daniel Summerhays.

Two off the lead, and tied for fifth at 5-under 67, are Justin Thomas and Lucas Glover. It was the first sub-70 round for Thomas in three months (third round 66 at the WGC-Mexico).

Thomas, who was paired with his good friend Spieth, blamed his lack of recent success on a combination of bad breaks and poor putting.

“I just kind of went through a month and a half or two where I was not getting the breaks on the course and I really wasn’t playing that poor, I just wasn’t making the putts, getting up and down when I needed to and that was making all the difference in the world,” explained Thomas in a post-round press conference.

Sam Saunders followed up his top-25 at the Dean & Deluca with an impressive 4-under 68. He is tied for seventh with Byeong Hun An.

Phil Mickelson posted a workman-like 2-under 70 and is at T13, along with a slew of other big names including Rickie Fowler, Keegan Bradley, Kevin Kisner, Hideki Matsuyama, and Charl Schwartzel.

Despite a few missed opportunities, Mickelson was pleased, overall, with his day.

“It was a day that could have gone either way and I was right in the middle. It wasn’t a bad day. I feel like where I left shots out there was on the greens,” said Mickelson. “I didn’t make too many putts, but hit a lot of good shots.”

Dustin Johnson and Jason Day, ranked No. 1 and 3 in the world, respectively, both struggled in their opening rounds.

DJ posted a birdie-free round of 78. It was the first time in nearly four years (WGC-Bridgestone, 2013) that Johnson went 18 holes without a single birdie.

Day, meanwhile, was on pace to match DJ’s 78, but closed with birdies on his final two holes to salvage a 75.

“Obviously, having won here it brings back good memories. And the other years I’ve played here, I’ve always loved it. I haven’t really contended all the way until Sunday those other years, but I’ve always felt good about this place. I feel confident out here. I roll the ball really well on the greens.”
–David Lingmerth, co-leader