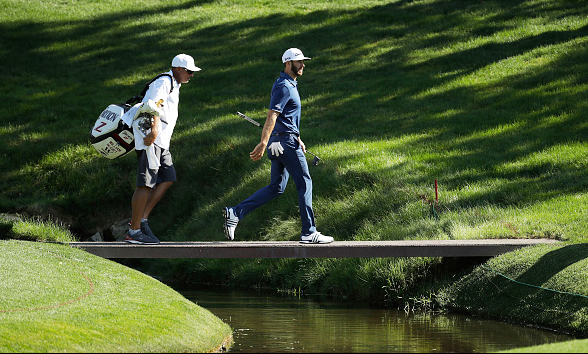 Dustin Johnson, world #1, and the reigning PGA Tour Player of the Year, has been virtually unstoppable this season, with three wins and six top 10s in just 10 events.

He has not finished outside the top 13 since January, but after what was easily his worst round of the year on Thursday at The Memorial, DJ is going to need an amazing second round just to make the cut at Jack’s Place.

In the most shocking development of the opening-round, Johnson posted a birdie-free 6-over 78, putting him in a tie for 107th place in a field of 119 golfers.

“He had a few putts early on that lipped out that should have gone in. It kind of wore on him until he had the one big mistake on 16 and that was a tough thing, but he drove it down there 425 yards on 17, right down the middle of the fairway, had a flip wedge in, and yet didn’t really have much of a shot where the pin was and so forth. So he had a few times where he hit great shots but wasn’t really rewarded.”
–Phil Mickelson, Dustin Johnson’s playing partner, on DJ’s Round One 78