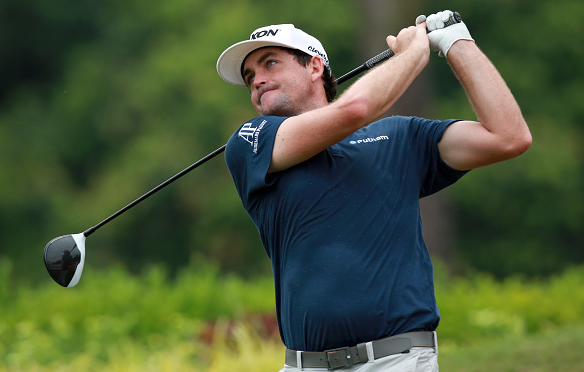 After round one of the CIMB Classic there is a three way tie atop the leaderboard at 8-under par. Defending champion Justin Thomas, Keegan Bradley and Derek Fathauer all shot opening round 64s and hold a one shot lead over Paul Casey, who sits alone in 4th place.

Rounding out the Top 5 is India’s Anirban Laniri, who bogeyed the final two holes to drop to 6-under par.

Thomas and Fathauer both made it through TPC Kuala Lumpur’s Amen Corner at -2 under par. Based on historical stats, this gives them each a two-stroke advantage on the field. Bradley went 2-over during this difficult stretch, but made up for it by taking advantage of the four par 5s, with an eagle and two birdies for a 4-under total.

“Yeah, it was a good day, it was solid. If there’s such thing as an easy 8-under, it was. I wedged it great. I took advantage of the first three par 5s … just kind of went along my business today. It was a pretty low stress day.”
–Justin Thomas, Round One Leader

Here’s a nice three minute recap of round one from the PGA Tour media team.

Defending champ Justin Thomas is one of three co-leaders at the CIMB Classic. https://t.co/qApMgjOPD2