On Monday, Tiger Woods arrived at Riviera Country Club to prep for this week’s Genesis Open. It will be the second start of the season for Woods, and his first in L.A. in over 10 years.

The 14-time major winner, and tournament host, sat down with the media to discuss his health, his game, and more.

Here are some of the highlights: 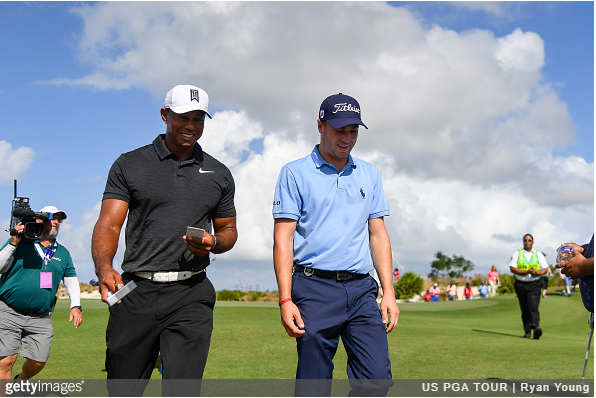 The pairings for the opening rounds here which have just been announced. You’re going to be playing with Rory McIlroy and Justin Thomas. I know you played with Justin in the Bahamas a couple rounds and it’s been a while since you played with Rory. But if you could just comment on Justin talked about playing with you and how excited he was. You coming back here as kind of an elder statesman now, more of a veteran, what’s that like for you with the younger guys that you haven’t seen or played with yet?

TIGER WOODS: Justin flew with me out here yesterday and we were kind of watching some of the stuff. He asked me when did I play in this tournament as an amateur.

I said, yeah, I was 16, 1992. He said, that was the year before I was born. I’m sorry, but that really put things in perspective really fast. Rory, I played with Rory I think on Thanksgiving with his father at Medalist. He’s off to a great start this year and he played really well in Abu Dhabi and Dubai.

Justin’s already won this season when he won in Korea. We’re going to have a lot of fun. I think that all three of us are excited about playing with one another in this event, and I’m looking forward to the challenge of not only competing against those guys but competing against the rest of the guys in the field. 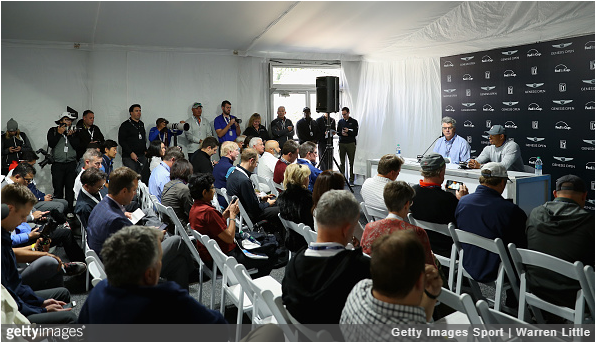 On that, Tiger, just kind of getting yourself familiar with Riviera again, what do you do when you haven’t been to a tournament and played a golf course in this long? Do you go back to old yardage books or do you kind of go back to the memory and talk to people and kind of remind yourself of elements of the golf course? And it’s changed a lot, too, right?

WOODS: Well, the yardage book on No. 12 when I used to play is a 1-iron and a pitching wedge, now it’s a driver and a 7-iron, 6-iron, somewhere in there. Some of the holes have really changed. So the old yardage books are out the window.

This is a whole new game, everything’s bigger now. The bunkers are deeper, they seem to be bigger. The greens have gotten more pin locations than I remember, they’ve added a few sections around here. So I’ve got to do a little bit more homework tomorrow in the pro-am.

I did some nice work on the back nine today. I’ll concentrate pretty hard on the front nine and make sure I’ve got everything kind of situated, on the back nine I’ll just do a little touch-up. 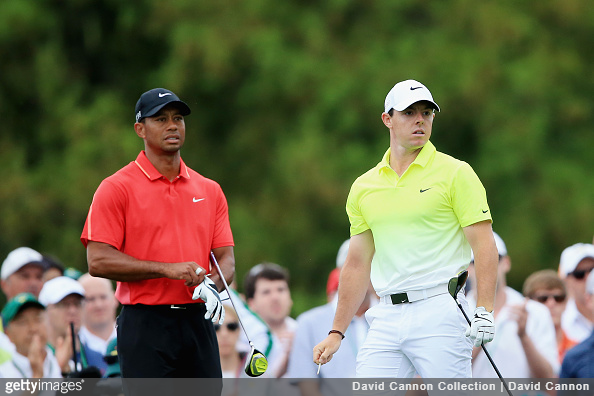 Tiger, you talked earlier about Rory, and I remember Rory’s excitement as a teenager out in Dubai following you around. I know you’ve gotten to know each other pretty well, you had those sort of head-to-heads out in China. What do you like about Rory as a person?

I’ve loved playing with Rory over the years. We haven’t played, unfortunately, as much as we would like. A lot of that’s me because I got hurt and didn’t play, but he’s obviously gotten a lot better, he’s worked on his game, he’s won tournaments while I’ve been out.

Yeah, Rory’s always been fun to play with, will continue to be, and he’s one of the players, when he gets it going, there’s really not a whole lot of guys better than him. 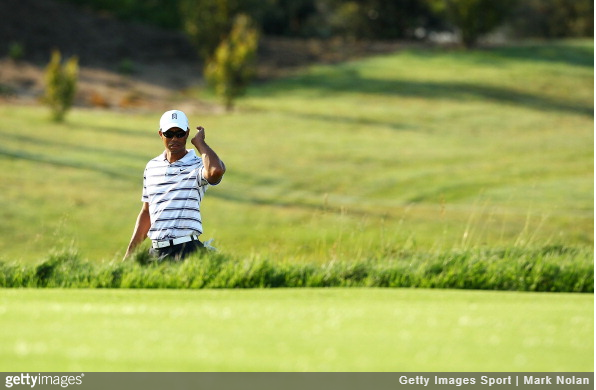 Coming back to the golf course here at Riviera, with your golf design business, have you or are you considering or will you incorporate some of the specialities of George Thomas and his designs?

WOODS: Oh, God yeah, absolutely. I tried to do that at Houston at Bluejack. I did a little bit of that, some of the bunkering, early in the front nine down at Cabo at Diamante.

Yes, he’s one of the guys that I’ve always looked up to as a designer. I’m from the west coast, I’m from here. I went to Stanford, so not too far from SF Club. We used to play there every Monday.

I love what he does and I love how it’s very simple. The bunkers aren’t hidden, they’re right there in front of you. He makes it abundantly clear here’s the bunkers, don’t go in here. But it’s very simple golf, but it’s still very difficult and strategic. 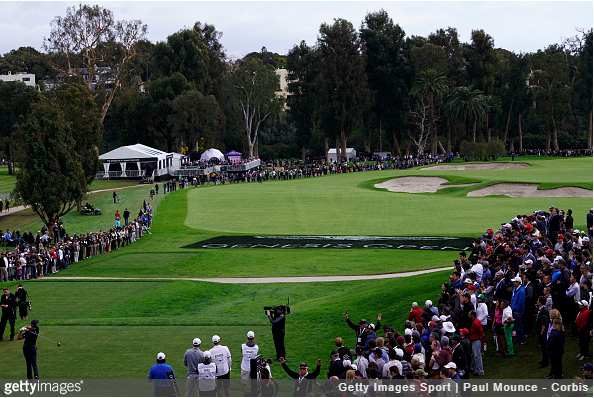 Tiger, 10th hole here is the sort of hole that mystifies some people. Do you go after it, do you lay up, and have you had good look over the years?

WOODS: I have done both, I’ve gone for it and laid up and I’ve been very unsuccessful both ways. I believe the percentage is right around 51, 52 percent who go for it make birdie.

It’s a tossup, it really is. I just find that the green over the years has gotten a little bit steeper than I first remember it, so it’s a tough hole. I’m still trying to figure it out.

I was asking Bryson today and asked JT, what do you guys do. JT lays up every day except for the front pin. Bryson, he doesn’t know yet, and I don’t know either. So I’ll have to talk to Joey about that, what do you think is best, what should we do.

Quite frankly, if you play the hole in 1 or 2 under par for the week, I actually think you might do well compared to some of the guys who are making silly doubles or silly bogeys. That’s one thing you don’t want to have happen, you don’t want to make a silly mistake.

What did you do the first time you played as a teenager?

WOODS: Well, I couldn’t get there, for one. JT was telling me, yeah, I’ve hit 2-iron on this thing. We couldn’t reach it. We were hitting persimmon.

Where were we going to go? So I remember hitting a 3-iron or sometimes a cut 2-iron to the left and then wedge it on.

No one really went for it because at the time I first played here as a junior, most of the professionals were first using persimmon and balata balls, the balls weren’t going very far.

Obviously the game’s changed. Today I hit 3-wood, landed on the green and it went over.