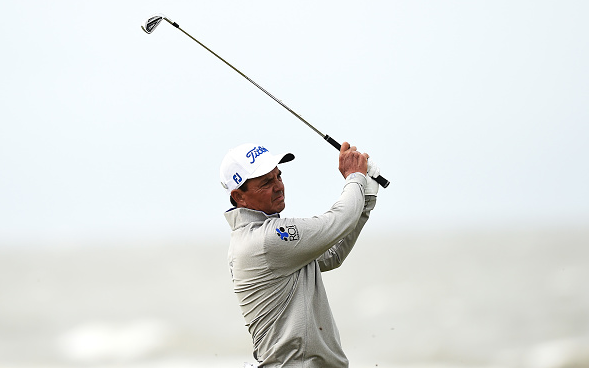 Tom Pernice Jr. opened with a bogey-free 7-under 64 at Newport Beach Country Club and leads the Toshiba Classic by three shots.

The 58-year old UCLA product was feeling the home cooking after he signed for a seven-birdie scorecard at the venerable SoCal track. 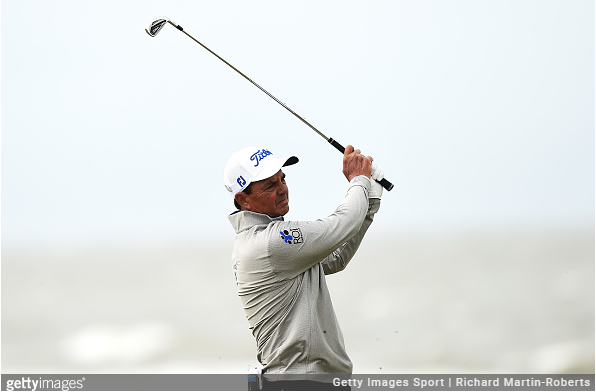 “It’s nice to be able to play close to home, friends and stuff can come and watch. Hard not to beat Newport Beach in general. You know, they’ve done a marvelous job here. Purser’s done a great job at tournament director, and Toshiba’s been phenomenal, 20-some years as the title sponsor and we’re going to hate to see them go,” said Pernice.

“But I think they’ll still be involved at some point. It’s all about raising some money for the Hoag Hospital, and what they do for people here is amazing. So it’s nice to have an event here that does so much for the community as well.”

Sitting T2 was a group of seven players at 4-under par 67, including Scott Parel, who overcame a double-bogey start on the par-4 10th hole.

“I pulled my tee shot left, which was fine, I got relief. I was so far left that I don’t know that my caddie got a good number, but it was so far left, it’s not his fault,” said Parel, describing his first hole of the day.

“He told me what we thought we had and I hit the shot and I ended up like almost 20 yards short of the green, which for that front pin was no good. So I tried to bump one in there and it ran like 20 feet by and three-putted for a 6.”

“I do enjoy the course. I think the course is in the best condition it’s been in in quite some time. I thought the condition of the golf course was pretty inferior the last two or three times we played it. They did hire a new superintendent here and obviously he’s doing a heck of a job because it’s remarkably better than it had been in the past. Hats off to him and the job that he’s done already in the short period.”
-Tom Pernice Jr.