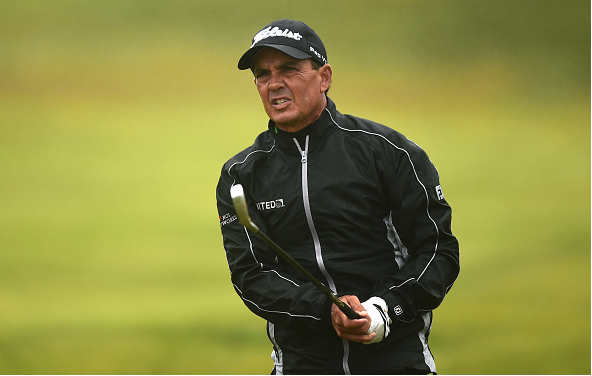 Tom Pernice Jr. posted a second-day 1-under 70 and heads into Sunday’s finale of the Toshiba Classic with a one-stroke lead over Joe Durant and Scott McCarron. 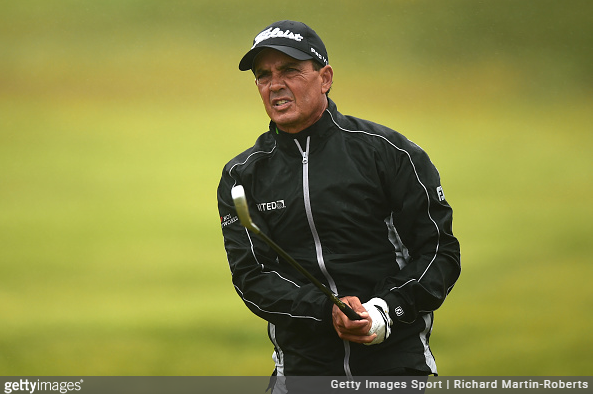 Pernice finished his second day at a rainy Newport Beach Country Club with four birdies against three bogeys, including a final one of the par-5 18th hole.

“Just not a very good finish, unfortunately. I played pretty solid most of the day, just didn’t get the ball close to the hole very often. Had some front pins, and front pins are difficult still to get to. Made a sloppy bogey on the par 3 13 after hitting probably the best shot all week with a 6-iron,” said Pernice who is trying match Mark Calcavecchia (Boca Raton) as a wire to wire winner this season.

“Then made a mistake on the last hole. Hit a gust of wind, caught the edge and spun back in the bunker.”

Despite that, Pernice should feel good as he’s converted a Saturday-night lead into a victory four out of five times during his eight-year Champions Tour career.

“I feel great, putting the ball pretty good, yeah. Hit a pretty good putt on the last hole, just broke at the very end. I feel good about it. The stroke feels good, everything feels pretty good really,” continued Pernice, who is looking for his first win since the 2016 PowerShares QQQ Championship.

Durant posted a bogey-free 66 and improved from T15 to T2 at 7-under par, alongside McCarron, who finished with a 67.

“I feel fine. I hit the ball better today actually. So like I said, I just didn’t have that many opportunities and didn’t capitalize. I think I played the par 5s maybe 1 over and yesterday I played them 3 under. That was probably the difference.”
– Tom Pernice Jr.